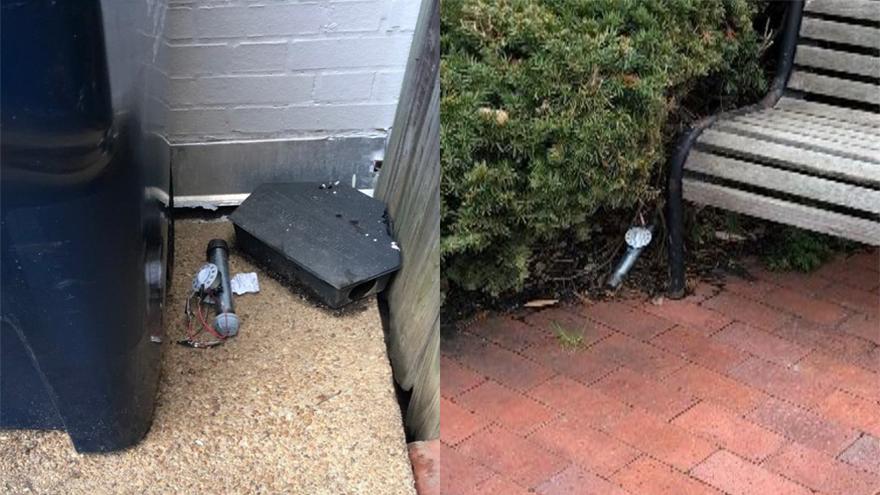 (CNN) -- The FBI is offering a $50,000 reward for help in identifying people involved in leaving pipe bombs in Washington, DC, on Wednesday.

Authorities are offering the money for information leading to the "location, arrest, and conviction" of whoever is responsible for the placement of suspected pipe bombs near the Republican National Committee and Democratic National Committee headquarters.

The FBI released a photo via social media of a person wearing a gray hooded jacket, black pants and black gloves, and carrying a large black item in his or her right hand. The agency did not state that the person in the photo is a suspect. (Photo below)

According to the FBI, on Wednesday multiple law enforcement agencies received reports of the two explosives at 1 p.m., about an hour before Trump supporters stormed the Capitol.

On Thursday, Washington's Metropolitan Police Department also asked the public to help identify those who may have committed crimes in the riot. Police can be contacted at (202) 727-9099 or by texting 50411.

To submit videos or photos of the riot to the FBI, click here or go to fbi.gov/USCapitol. 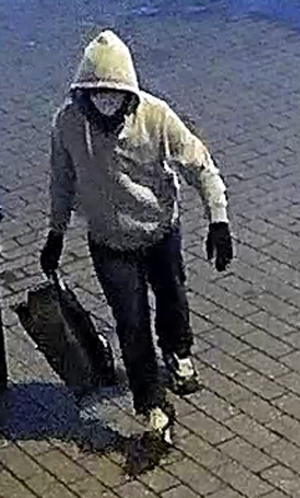