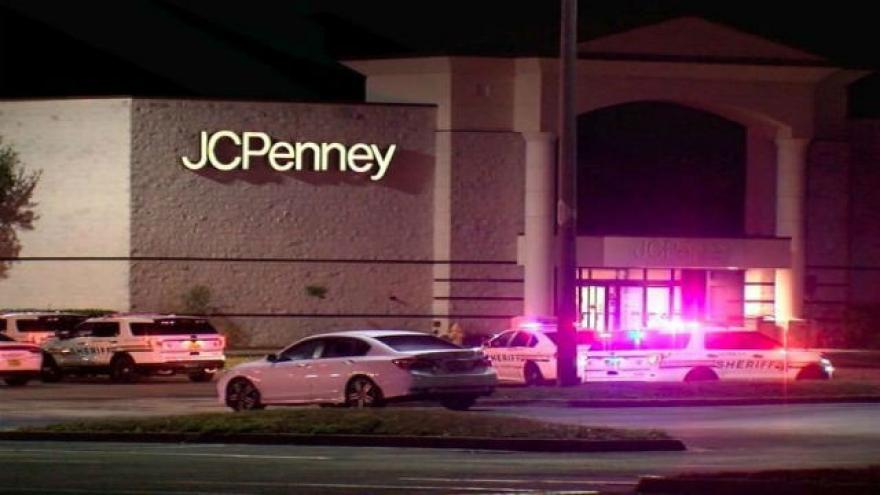 On January 21, 2018, officers responded to a smoke alarm call at the Eagle Ridge Mall, in Lake Wales, located in central Florida. They found smoke coming out of a service corridor next to the mall entrance of JCPenney and found two IEDs there. Photo courtesy WFTS

(CNN) -- The items that ignited early Sunday evening at a Florida mall are believed to be marine flares -- not pipe bombs, the FBI said Monday.

Officers responded to a smoke alarm call at 5:22 p.m. at the Eagle Ridge Mall in Lake Wales, central Florida. They found smoke coming out of a service corridor next to the mall entrance of JCPenney and found what they initially said were two improvised explosive devices that detonated.

"It appears two items, believed to be marine flares, were ignited in a mall hallway, creating a large amount of smoke, and a backpack was located at the scene. Bomb technicians examined the contents of the backpack and determined it did not contain any incendiary or explosive devices," the FBI said.

The mall also said initial reports of pipe bombs, IEDs, explosions or detonations and reports of dangerous materials found during searches at the facility were incorrect.

"Yesterday afternoon around 5:30 p.m., two signal flares triggered a fire alarm in an unoccupied area of Eagle Ridge Mall. No one was injured," the mall said.

Lake Wales Police Deputy Chief Troy Schulze said the devices appeared to be a type of flare, placed inside a PVC pipe and then wrapped in electrical tape. Both devices were in the same hallway, about 10 yards from each other.

"There is nothing at this time to indicate this act was terrorism," he said. "At this time, we are checking video surveillance cameras."

Police were looking for a man they're describing as a person of interest. CNN reached out to Lake Wales police for comment on the FBI release.

The FBI said it will continue work with state and local law enforcement to identify the person or persons responsible.