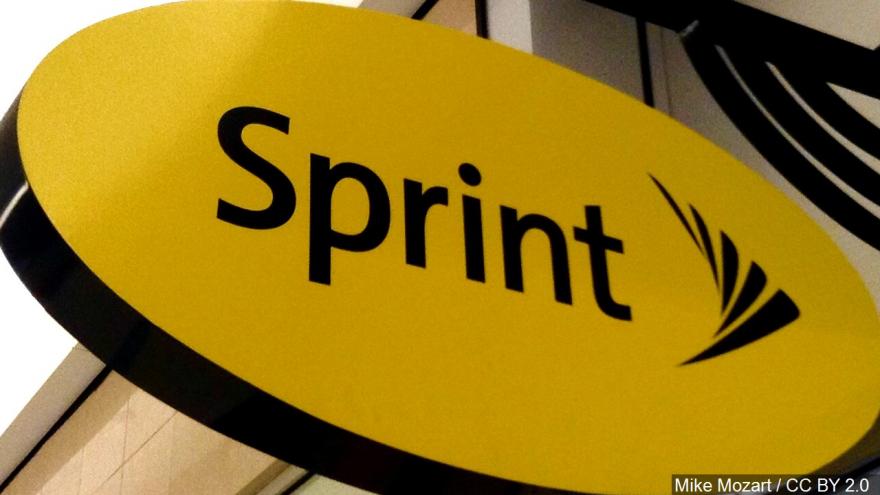 (CNN) -- Sprint, the nation's fourth-biggest wireless carrier, may have wrongfully made millions of dollars from a federal subsidy program designed to make cellphone and Internet service more affordable for low-income Americans, according to the Federal Communications Commission.

The company, which is currently seeking the FCC's permission to merge with T-Mobile, claimed monthly credits for as many as 885,000 customers under the US government's Lifeline program. But Sprint was ineligible to claim the federal funds, the FCC said, because it failed to report that the customers were not actually using the subsidized service.

Sprint didn't immediately respond to a request for comment. But the revelation — first discovered during an investigation by the Oregon Public Utility Commission, according to the FCC — marks one of the most significant alleged violations of the Lifeline program's rules in its more than 30-year history. It accounts for nearly 10 percent of the entire program's user base, the agency said.

"It's outrageous that a company would claim millions of taxpayer dollars for doing nothing," said FCC Chairman Ajit Pai. "This shows a careless disregard for program rules and American taxpayers. I have asked our Enforcement Bureau to investigate this matter to determine the full extent of the problem and to propose an appropriate remedy."

It is unclear how long the issue with Sprint may have persisted. FCC spokesman Mark Wigfield said the agency's investigation will likely look into that. The Oregon Public Utility Commission didn't immediately respond to a request for comment.

The investigation into Sprint comes at a delicate time for the company as it seeks to complete its merger with T-Mobile. The company is already defending a lawsuit filed by more than a dozen states seeking to block the deal. Now, the FCC allegations could put Sprint's merger with T-Mobile in even further jeopardy, as the FCC has still yet to vote on the tie-up. The FCC declined to comment on the pending deal.

Sprint's complications could also create new headaches for Pai, who has enthusiastically supported the merger.

Lifeline is a Reagan-era program that each month provides $9.25 to eligible low-income households to defray the cost of buying phone service. During the Obama administration, Lifeline was expanded to allow that credit to be applied to broadband service. Critics of the program have pushed for limits on Lifeline, accusing it of harboring waste, fraud and abuse. Proponents have said it is a valuable program that helps minorities, veterans and other groups.

"When companies abuse the Lifeline program, we should throw the book at them," Jessica Rosenworcel, a Democratic FCC Commissioner, tweeted. "Here's what we shouldn't do: Kick off the millions of seniors, veterans, and domestic violence shelters nationwide that rely on this program to stay connected."