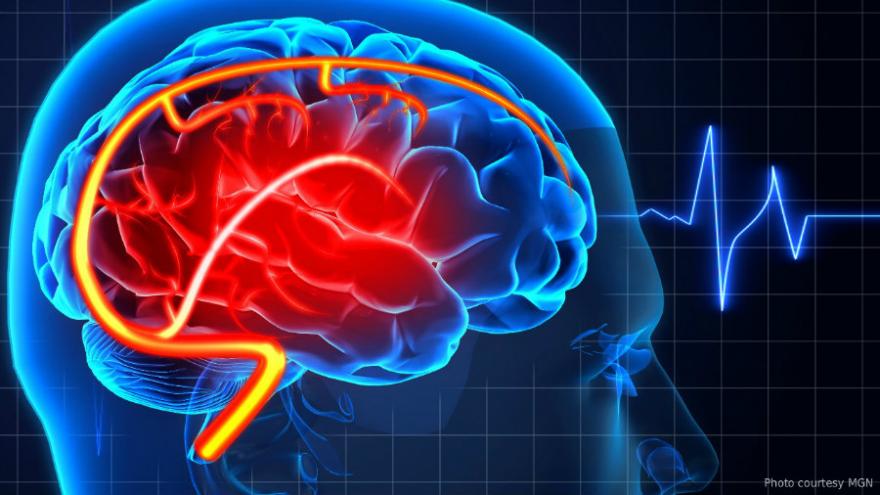 (CNN) -- The US Food and Drug Administration has, for the first time, approved a blood test to help detect concussion in adults.

The Brain Trauma Indicator test measures two biomarkers: proteins known as UCH-L1 and GFAP that are released upon injury to the brain and pass through the blood-brain barrier. Elevated levels of the proteins can be detected within 15 or 20 minutes of injury. The test can be taken within 12 hours of injury, and results can be obtained within three or four hours.

Patients are currently diagnosed with concussion based on a combination of symptoms as well as imaging. However, CT scans don't always detect concussion.

"Over 90% of CT scans(for concussion) are negative. And you get 200 times the radiation of a chest X-ray. It's expensive; it's not terrific," said Hank Nordhoff, chairman and CEO of Banyan Biomarkers, maker of the new test. It can help determine whether a patient further needs a CT scan, based on a physician's concerns.

"Today's action supports the FDA's Initiative to Reduce Unnecessary Radiation Exposure from Medical Imaging -- an effort to ensure that each patient is getting the right imaging exam, at the right time, with the right radiation dose," FDA Commissioner Dr. Scott Gottlieb said in a statement Wednesday.

The test could also help reduce costs significantly. Where a CT scan can cost $800 to $1,500, Nordhoff predicts that the new test would cost closer to $150.

The test would be available to hospitals, Nordhoff said, and he hopes a handheld sideline device could be commercially available in the near future.

The FDA approved the test as part of its breakthrough devices program after evaluating a clinical study of 1,900 blood samples from people thought to have concussion or mild traumatic brain injury. The clinical trials did not include any children, though Banyan plans to include them in future studies.

"A blood test that accurately, reliably and consistently detects the presence of brain proteins that appear in the blood after a brain injury is a major advance," said Dr. David Dodick, a fellow of the American Academy of Neurology who specializes in sports medicine and neurology. He was not involved in the development of the test.

Though Dodick was optimistic about the blood test, he said a lot of work still needs to be done in understanding and diagnosing brain injury. He pointed out that we need better measurements to understand when brains have fully healed from trauma, as well as a better understanding of how these biomarkers act which may actually affect prognosis.

It's also unknown how this test can determine subconcussive hits, "hits that don't cause symptoms but do cause a brain injury," he explained. "These occur much more often than actual concussions, especially in certain collision and contact sports,." Subconcussive or repeated hits to the head are believed to be the root of the neurodegenerative disease chronic traumatic encephalopathy, or CTE.

In fact, Banyan has partnered with another company, Quanterix, to help develop a test that could eventually detect the impact of repeated hits. Quanterix aims to combine the biomarkers with Banyan with digital technology that can look at the proteins at a super microscopic level and pinpoint low level concentrations of the proteins.

"The key now is to use this sensitivity to evolve in more brain health and to protect athletes and keep soldiers out of harms way," said Kevin Hrusovsky, president and CEO of Quanterix.

The FDA believes that using the new blood test, imaging can be avoided in at least a third of patients who are suspected of having a concussion.

According to the US Centers for Disease Control and Prevention, there were approximately 2.8 million incidents involving traumatic brain injury emergency department visits, hospitalizations and deaths in 2013.