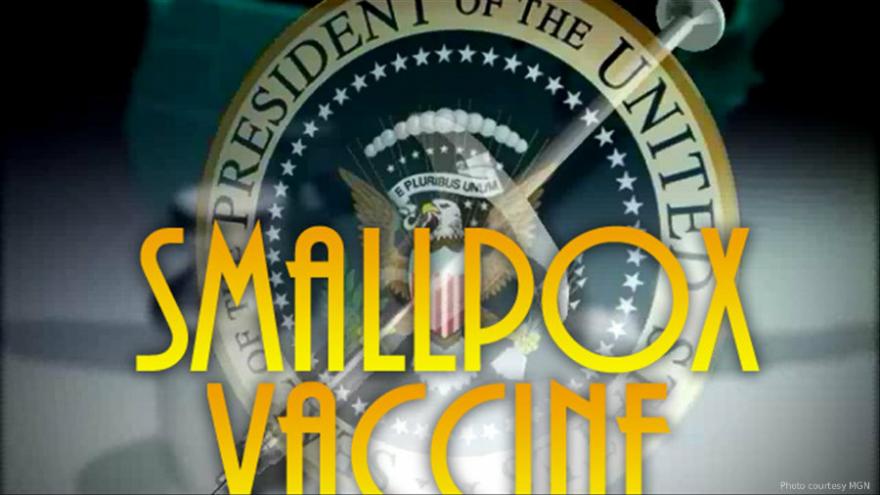 (CNN) -- The US Food and Drug Administration announced Friday its approval of the first drug to treat smallpox.

The contagious disease was eradicated in 1980 thanks to vaccination efforts, but there are concerns that it could be used in a bioterror attack.

Smallpox is spread by direct contact, and symptoms begin 10 to 14 days after a person is infected, according to the FDA. They include fever, headache, backache and exhaustion.

The hallmark is a rash beginning as small, pink bumps that develop into pus-filled sores, which become scabs and then scars. Some people experience inflammation of the brain (called encephalitis), sores on the surface of the eye (called corneal ulceration) and blindness, all considered complications of the virus.

The US Centers for Disease Control and Prevention and the Russian State Centre for Research on Virology and Biotechnology are the only two labs in the world approved and known to have smallpox.

"There is credible concern that in the past some countries made the virus into weapons, which may have fallen into the hands of terrorists or other people with criminal intentions," the CDC website says.

This is why the FDA gave priority review to TPOXX, a small-molecule antiviral treatment made by SIGA Technologies Inc.

Approval was based on research treating animals infected with viruses "closely related to the virus that causes smallpox" and clinical trials for safety in healthy people. The approval falls under the agency's animal rule, "which allows efficacy findings from adequate and well-controlled animal studies to support an FDA approval when it is not feasible or ethical to conduct efficacy trials in humans."

FDA Commissioner Dr. Scott Gottlieb said in a statement, "Today's approval provides an important milestone in these efforts. This new treatment affords us an additional option should smallpox ever be used as a bioweapon."

It is the first approval granted under the Material Threat Countermeasure Priority Review Voucher, according to the agency, which noted that this underscores its "commitment to ensuring that the US is prepared for any public health emergency with timely, safe and effective medical products."

Until now, smallpox treatment consisted of managing symptoms and treatment with three antivirals that are not proven to treat the disease but have been the best potential line of defense. In addition, the vaccine would be used to prevent the disease from spreading.

TPOXX is the first approved treatment specifically indicated for the treatment of this virus.

In the US, routine vaccination ended in 1972, so most people born there after that year are not vaccinated.

After the September 11 terror attacks, some first responders and members of the military were vaccinated as a precaution. In the event of a smallpox attack, even those who have been vaccinated previously would need to be vaccinated again to ensure protection.

If a single case of smallpox were to be identified, this would be considered an emergency.

"To address the risk of bioterrorism, Congress has taken steps to enable the development and approval of countermeasures to thwart pathogens that could be employed as weapons," Gottlieb said.