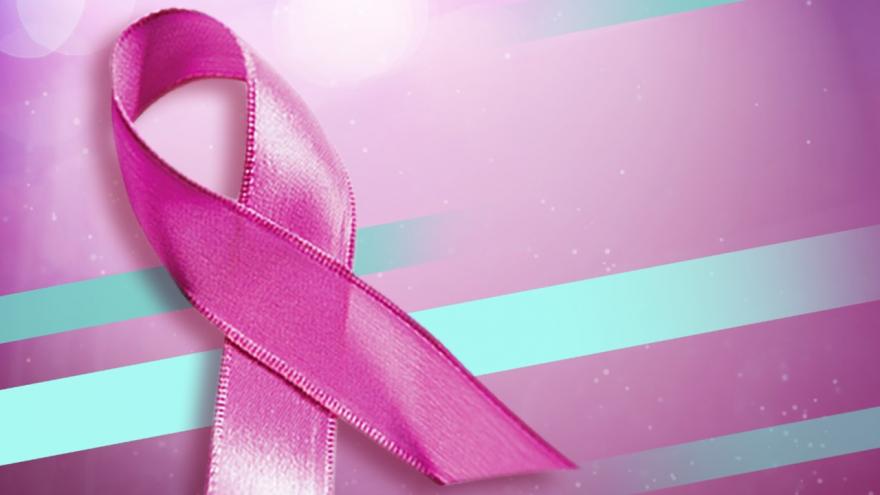 (CNN) -- The US Food and Drug Administration has granted its first approval to an immunotherapy regimen for breast cancer, the agency announced Friday.

The treatment received accelerated approval for triple-negative breast cancer that is locally advanced or metastatic, that cannot be surgically removed and whose cells include a protein called PD-L1. It comprises a combination of immunotherapy and chemotherapy: Tecentriq and Abraxane, respectively.

The FDA's decision comes after an October study published in the New England Journal of Medicine found that the therapy extended progression-free survival -- the amount of time in which a patient's cancer does not worsen. In the PD-L1 subgroup, the median progression-free survival for those receiving the combination treatment was 7.4 months, versus 4.8 months for those getting the chemotherapy with placebo, according to the FDA's announcement. The trial was funded by Genentech Inc., the maker of Tecentriq.

"This is the first time immunotherapy has worked in such a difficult to treat cancer, and is a huge step forward for these breast cancer patients," lead study author Dr. Peter Schmid of Queen Mary University of London said in an October statement.

Dr. Otis Brawley, Bloomberg Distinguished Professor of oncology and epidemiology at Johns Hopkins University, said the FDA's decision to grant the treatment accelerated approval was "the right thing to do" but cautioned that it's not the end of the story.

"The FDA has approved it based on progression-free survival with the hope that later on ... data will show that the treatment actually makes women live longer," said Brawley, who was not involved in researching the treatment.

This FDA says it grants accelerated approvals to "drugs that treat serious conditions, and that fill an unmet medical need" based on data that suggests, but may not directly measure, a clinical benefit. Drugmakers are still required to confirm that the drug is beneficial through later trials. If that happens, the drug may receive a traditional FDA approval. Otherwise, the agency may decide to pull the drug, as has happened in the past.

In this case, the drugmaker is expected to submit a final report detailing subsequent findings in September 2020, according to the approval letter from the FDA to Genentech.

Tecentriq, the brand name of the immunotherapy drug atezolizumab, was previously approved to treat other specific types of urinary and lung cancers.

Breast cancer patients on the newly approved therapy most commonly reported adverse reactions like hair loss, fatigue, nausea, headaches and decreased appetites, according to the FDA.

Dr. Larry Norton, director of the Evelyn H. Lauder Breast Center at Memorial Sloan Kettering Cancer Center, told CNN in October that scientists are learning "so much and so rapidly about other ways to stimulate the immune system" that he predicts an "explosion of well-designed studies that will push the agenda forward."

Norton, who was not involved in the October study, said "this is just the beginning of using immunotherapy for breast cancer."

About 15% of breast cancers are triple-negative, according to the National Breast Cancer Foundation. The protein PD-L1 may be found in roughly a fifth of those cancers, research has shown.

Triple-negative breast cancer is most likely to affect Hispanic and African-American women and those with a BRCA1 gene mutation. It also tends to appear among women in their 40s and 50s.

"It is particularly tragic that those affected are often young," Queen Mary University's Schmid said. "We have desperately been looking for better treatment options."

When breast cancer cells test negative for estrogen, progesterone or human epidermal growth factor 2 (HER2), it's called a triple-negative breast cancer. Therefore, it does not respond to any of the available hormonal cancer treatments.

It does respond to chemotherapy. However, cancer cells can quickly develop resistance to chemo drugs, allowing them to spread to other parts of the body, reducing survival rates.

Cancers have a way of eluding the body's immune system, which recognizes them as part of the body. That's where Tecentriq comes in: It's an antibody that attaches to the cancer cell and inactivates the PD-L1 protein, which is responsible for telling the immune system, "don't attack me."

Chemotherapy is also needed to "rough up" the exterior of the cancer cell, Schmid explained. That allows the newly revved-up immune system to recognize and attack the invader.

"We are using chemotherapy to tear away the tumor's 'immune-protective cloak,' to expose it," Schmid said, "enabling people's own immune system to get at it."

Norton said in October that "I think the expectation is, this will change the standard of care.

"This is a real advance that is going to allow us to help more people."