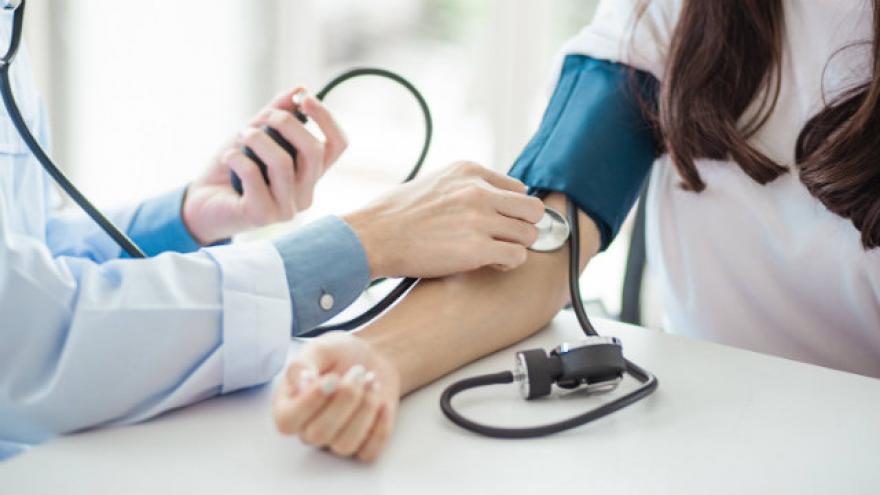 The US Food and Drug Administration approved a new generic of valsartan on Tuesday to help relieve the recent shortage of the medicine, which is used to treat high blood pressure. Photo courtesy Shutterstock

(CNN) -- The US Food and Drug Administration approved a new generic of valsartan on Tuesday to help relieve the recent shortage of the medicine, which is used to treat high blood pressure.

Since last summer, the FDA has issued multiple recalls of generic valsartan medications from several manufacturers after discovering that certain lots contained nitrosamine impurities that pose a cancer risk to patients. The FDA discovered impurities in only the generic, not brand-name, valsartan, which is a form of angiotensin II receptor blockers, or ARBs.

Following the initial recall, the FDA found that other types of generic ARBs, those containing either losartan or irbesartan as the active ingredient, had also been tainted with impurities.

"We know that the ongoing recalls to prevent certain lots of valsartan that contain unacceptable limits of impurities from reaching patients has resulted in a shortage of these important medicines," FDA Commissioner Dr. Scott Gottlieb said in a statement Tuesday. The FDA prioritized review of the newly approved generic version of this medicine to address this shortage, he said.

Sometimes one company's setback can be another's opportunity.

How drug companies can profit from medicine shortages

On the day that 22 nations including Canada, Germany and Poland issued a recall of contaminated pills, a leading India-based company -- which had set a list price of 29 cents for its 80-milligram tablets of valsartan in 2016 -- raised the price to $1.67 per valsartan tablet. That's a 496% markup by Alembic Pharmaceuticals Ltd., noted Tori March, data editor at GoodRx, a medical app and website that lets users find and compare prescription prices.

A "list price" is published by the manufacturer, March explained: "People don't typically see these prices at the pharmacies, but they play a large part in what consumers inevitably pay." She also noted that the "most common quantity" sold to consumers is 30 tablets a month. That means the list price would be about $50 for 30 tablets, compared with just under $9 for the same amount days earlier.

Inmaculada Hernandez, an assistant professor of pharmacy and therapeutics at the University of Pittsburgh School of Pharmacy, said this behavior -- price increases when shortages occur -- is not unusual in the prescription drug industry.

She recently published a study that generally "looked at drugs that were officially on shortage as declared by the FDA," she said. (The study did not focus on the current recall.) "After a shortage is declared, drug prices increase twice as fast as they would have been expected to increase in the absence of shortage."

This behavior is more prevalent when there's a shortage in a drug made by fewer companies, she noted: "Given how many manufacturers of valsartan there are, Alembic did a pretty sharp price increase." She counts 10 companies making the same ARB drugs whose products have not been recalled by the US Food and Drug Administration.

Another India-based company also raised its price after last summer's recall. From a list price of 10 cents for 40-milligram tablets of valsartan, Macleods Pharma increased its price 306% to 41 cents in August.

But this is not price gouging, Hernandez said. Before the markup, their price was "much lower than other drugs. The sharp price increase leveled their price with everything else on the market."

What can patients do?

What's a consumer to do? Stockpiling drugs is not the answer. It's simply "not feasible, if only because it's impossible to predict which drugs will be subject to shortages," Hernandez said.

"No one would have predicted that valsartan would have been affected by a shortage. We recommend patients talk to their providers to see if there are somehow exchangeable medications." Patients also need "to be aware of the prices of drugs and raise concerns to policy and law makers and their representatives," she said.

After all, drug shortages are not uncommon. "In the first quarter of 2018, there were 200 active drug shortages," Hernandez said.

Although drug companies are required to explain to the FDA why there are shortages, in more than half of all instances, the reason is not announced. The companies that answer usually report manufacturing problems, she said. "Some problem in quality control in the manufacturing factory, and they cannot assure quality of the batches."

Most shortages do not make the news, yet some drug companies still raise their prices, she said. In her study, Hernandez had hoped to name names, but there are lots of associations and subsidiaries within the generic industry, so it is "complicated" to figure out which drug makers exploit a shortage and which do not.

Currently, nine out of every 10 prescription drugs dispensed in the United States are generics.

Hernandez hopes that wider availability of prescription drug pricing data, including for generic pills, will help patients become aware of those companies seeking to profit from shortages.

The case of valsartan may be "very unique," but "drug shortages are a very common phenomenon these days," she said. "The place where we have to win this battle to prevent further price increases is in Congress."