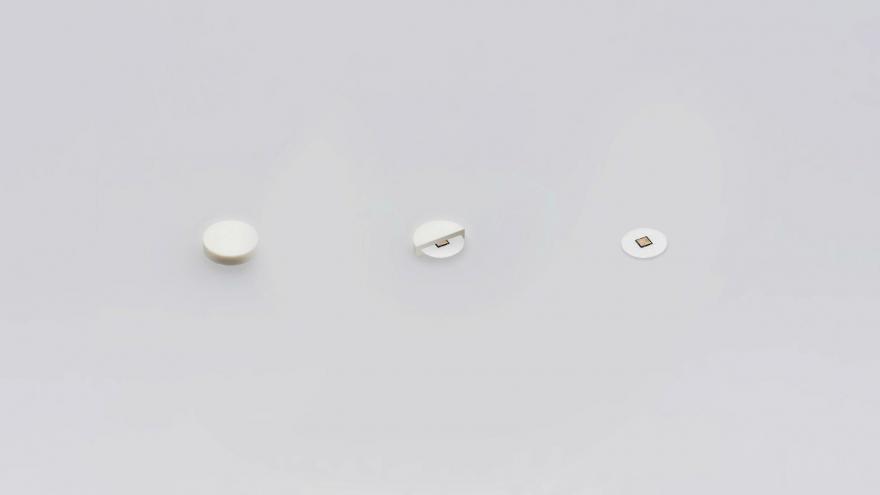 (CNN) -- A psychiatric medication system in the form of a pill with a built-in digital tracking device gained approval from the US Food and Drug Administration on Monday.

Abilify MyCite, a form of aripiprazole and a first-of-its-kind product, has an embedded ingestible sensor that records when the medication is taken. Made by Japan-based Otsuka Pharmaceutical Co., the medication system is intended to treat schizophrenia, bipolar I disorder and depression in adults. Abilify without sensor technology was first approved to treat schizophrenia in 2002.

Schizophrenia, a psychotic disorder, includes symptoms of delusions and hallucinations. Bipolar patients may experience alternating episodes of mania and depression, a persistent sadness.

Though the idea behind Abilify MyCite is to improve a patient's compliance with their medication regimen, the FDA noted that this has not been proved.

Teens and young adults who are taking antidepressants are at increased risk of suicidal behavior and thoughts when taking the medication, cautions a boxed warning; they should be monitored closely. Safety and effectiveness has not been established in children. Abilify MyCite is also not approved to treat older patients with dementia-related psychosis.

The Abilify MyCite system sends a message from the pill's sensor, which the company refers to as an "ingestible event marker," to a patch worn on the patient's skin.

This sensor is the "size of a grain of sand, and is made up of ingredients found in food," according to Otsuka. Coming into contact with fluids in the stomach, the sensor is activated and communicates this to the MyCite Patch. Then, the sensor is digested and eliminated from the body.

Meanwhile, the patch detects and records the date and time when the tablet was detected in the stomach in addition to physiological data, such as the patient's activity level. The patch communicates all of this to the MyCite App on a compatible mobile device, such as a smartphone. Self-reported mood information can also be shared via the app, if the patient chooses.

The wearable patch was developed by California-based Proteus Digital Health.

Andrew Thompson, president and chief executive officer of Proteus, said in a news release that "consumers already manage important tasks like banking, shopping, and communicating with friends and family by using their smart phones."

"With this FDA approval, Otsuka can help enable individuals with serious mental illness to engage with their care team about their treatment plan in a new way," he added.

Abilify MyCite should not be used to track "real-time" medication ingestion because detection may be delayed or may not occur, the company warns.

Dr. Michael Birnbaum, director of the Early Treatment Program (for psychosis) at Lenox Hill Hospital in New York, said the "continual adoption of new and innovative technological tools is ubiquitous."

"Technology will revolutionize behavioral healthcare and this advancement is simply the beginning of the digital transformation," said Birnbaum, who was not involved in the development or approval of the new medication system..

He acknowledged that some people may initially "feel wary" of ingesting a sensor. Still, he said, the system provides an opportunity to "passively extract digital data," and this can be critical to improving health.

The system can also "help remind people with schizophrenia if they forgot to take medications," Birnbaum said. "This is a step forward in obtaining more focused and precise information regarding medication adherence."

Otsuka said it will launch the product in a limited rollout. A select number of health plans and providers will identify a limited number of appropriate patients. Otsuka hopes to get from feedback from these patients as they use the system daily and then enhance the product.

The US Centers for Disease Control and Prevention estimates that 6.7% of American adults experienced a major depressive episode in the past 12 months, while lifetime prevalence for bipolar disorder is nearly 4% and for schizophrenia nearly 1%.

Otsuka and Proteus did not respond to requests for further comment.