FDA approves use of HPV vaccine for adults 27 to 45 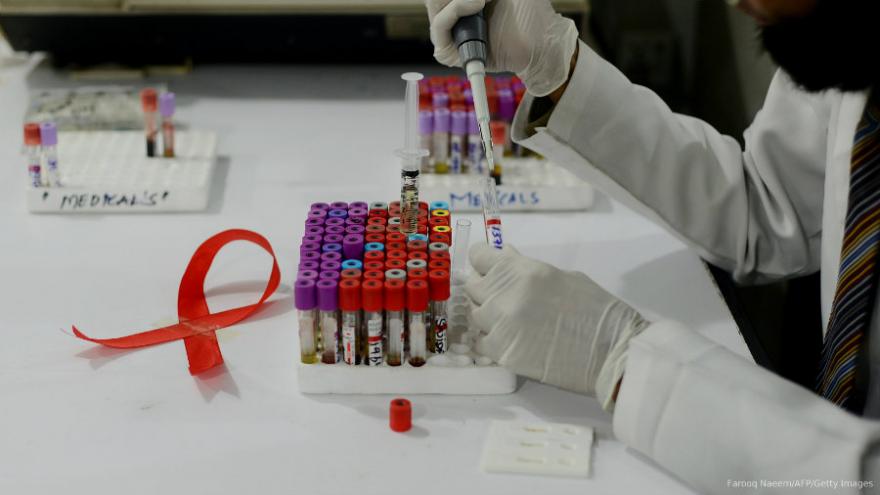 (CNN) -- The US Food and Drug Administration on Friday approved the use of a human papillomavirus vaccine called Gardasil 9 for men and women between the ages of 27 and 45. The FDA previously approved the HPV vaccine for people age 9 to 26.

"Today's approval represents an important opportunity to help prevent HPV-related diseases and cancers in a broader age range," Dr. Peter Marks, director of the FDA's Center for Biologics Evaluation and Research, said in a statement. Based on US Centers for Disease Control and Prevention numbers, Marks said, "HPV vaccination prior to becoming infected with the HPV types covered by the vaccine has the potential to prevent more than 90 percent of these cancers, or 31,200 cases every year, from ever developing."

According to the CDC, about 80 million Americans are infected with some type of human papillomavirus; an additional 14 million are newly infected each year. In fact, the CDC says, HPV infections are "so common that nearly all men and women will get at least one type of HPV at some point in their lives."

Gardasil 9 protects against the nine types of HPV that are responsible for the majority of HPV-related diseases (Types 6, 11, 16, 18, 31, 33, 45, 52 and 58). Gardasil 9 was approved by the FDA in 2014; an older version of the vaccine covered only four types and is no longer distributed in the United States, the agency said.

The FDA said it based the expansion on results of a study of 3,200 women followed over 3½ years. The study found that Gardasil 9 was 88% effective in the prevention of vulvar, vaginal and cervical precancerous lesions, cervical cancer and genital warts caused by the nine HPV strains.

The effectiveness of the vaccine in men was "inferred" from the data on women as well as a clinical trial of 150 men ages 27 to 45 who received a three-dose vaccination regimen over a six-month period. The FDA also looked at data from studies of younger men, ages 16 to 26.

The overall safety of Gardasil 9, the FDA said, was evaluated in 13,000 men and women. Common adverse reactions included swelling, redness and pain at the injection site, and headache.

"This is exciting news," said Dr. Charles Leath, a gynecologic oncology specialist at the University of Alabama at Birmingham. "We do have a group of individuals over the age of 26 who can certainly benefit from the protection this vaccine provides and have had to pay out of pocket for that protection."

Typically, Leath said, insurance companies cover only recommended vaccines. That means that adults who feel they may benefit from Gardasil 9's protection had to pay out of pocket for "off-label" use. Out-of-pocket cost for a three-dose vaccination series of Gardasil 9 ranges between $400 and $500.

The FDA approval, Leath said, should clear the way for insurance companies to cover the cost of the vaccine.

"In general, what we've seen is that once the FDA gives approval and says there is a good response to the vaccine, we would in short order expect approved coverage from insurers," Leath said.

Because HPV is so widespread, many health professionals have thought that extending the protection to adults would not be worthwhile. But others point out that a person may not get every type of HPV that is covered by the vaccine or might have a life situation that has offered them protection.

Leath used the example of a woman in a years-long monogamous marriage who becomes a widow in her 50s.

"We see individuals where, their spouse dies, they get a new partner, and they were never able to get vaccinated before," Leath said. "I think we should look at each individual scenario and discuss the options with the patient."

Current recommendations by the CDC, which were in place before Friday's FDA announcement, call for HPV vaccinations for boys and girls to begin between the ages of 11 and 12; the regimen can occur as early as age 9.

If it is begun before age 15, boys and girls get two doses of HPV vaccine; the second vaccination should be given six to 12 months after the first dose.

If it's not given by then, the CDC recommends girls ages 15 to 26 and boys ages 15 to 21 receive three doses; the last two should be given one or two and then six months after the first.

Gay, bisexual and other men who have sex with men, transgender individuals and immunocompromised persons (including those with HIV infection) up to age 26 should also receive the vaccine regimen, according to CDC recommendations.