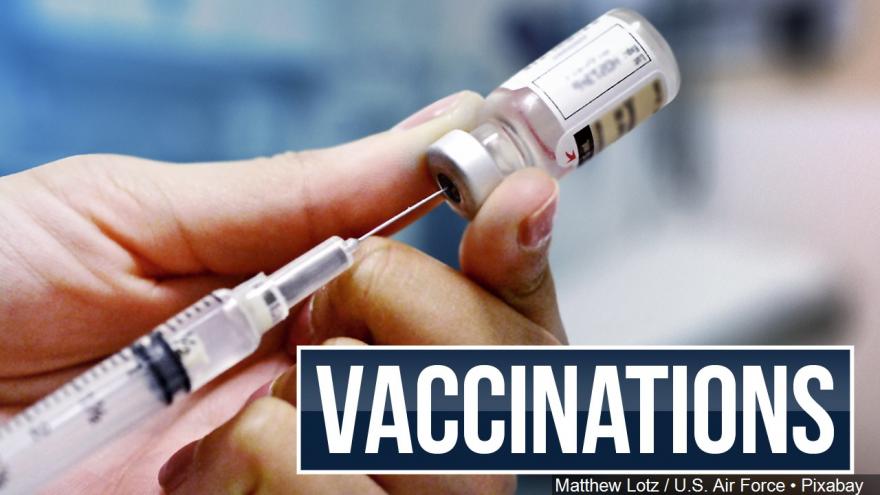 (CNN) -- The head of the US Food and Drug Administration says that if states don't require more schoolchildren to get vaccinated, the federal government might have to step in.

Nearly all states allow children to attend school even if their parents opt out of vaccines. These vaccine exemptions are especially popular in Washington state, where a measles outbreak started last month that has now sickened at least 67 people in four states. And New York has been working to contain its largest outbreak in decades, which began in October and has sickened more than 200 people.

"Some states are engaging in such wide exemptions that they're creating the opportunity for outbreaks on a scale that is going to have national implications," FDA Commissioner Dr. Scott Gottlieb said Tuesday in an interview with CNN.

If "certain states continue down the path that they're on, I think they're going to force the hand of the federal health agencies," he added.

Gottlieb's suggestion about the federal government and vaccines was first reported by Axios.

The commissioner was vague on when he thought the federal government should take action and what exactly that action should be. "You could mandate certain rules about what is and isn't permissible when it comes to allowing people to have exemptions," he said.

He said he hoped that the measles outbreak would make state officials realize that they needed to get stricter on exemptions.

The American Medical Association, the American Academy of Pediatrics and other medical groups have long said that states should get rid of all exemptions except when a vaccine would cause medical harm to a child.

Gottlieb said he is "deeply skeptical" of all exemptions except medical ones.

Reaction to Gottlieb's statements was mixed.

"This is fantastic news," said Dr. Adam Ratner, director of the Division of Pediatric Infectious Diseases at Hassenfeld Children's Hospital at NYU Langone. "I think some of the states may need that kind of push."

"It's a horrible idea," said Zedler, who has fought efforts to get rid of religious and personal exemptions in his state.

"That's why we have different laws in every state: so the citizens of that state can decide how they want to run things," he added.

Dr. Richard Pan, a pediatrician and state senator in California, said that although he welcomed national leadership on this issue, he was concerned about the legality of the federal government moving into an area that has been controlled by state laws.

"Traditionally, school entry requirements have been the role of the states, so there might be a constitutional challenge if the federal government tried to mandate by law those school requirements," he said.

Pan, who four years ago successfully led an effort to get rid of personal and religious vaccine exemptions in his state, said he thought national leaders might take a different approach than what Gottlieb suggests to increase vaccination rates.

On Tuesday, he sent a letter to US Surgeon General Dr. Jerome Adams to ramp up efforts to address parents who are hesitant to vaccinate their children.

"As our nation's doctor, I urge you to issue a call to action on vaccine hesitancy in the United States and make this crisis a public health priority," Pan wrote.

Pan warned Adams about campaigns on social media to scare parents away from vaccinations.

"Our nation requires your leadership to stop this attack on our nation's health by addressing the spread of vaccine misinformation causing unwarranted vaccine hesitancy," he wrote.

In a statement to CNN, Adams said he has "consistently championed for the use of vaccinations."

He added that "the data tells us that that states with broader exemption laws have higher numbers of unvaccinated residents, which predisposes them to outbreaks of vaccine preventable diseases like measles."