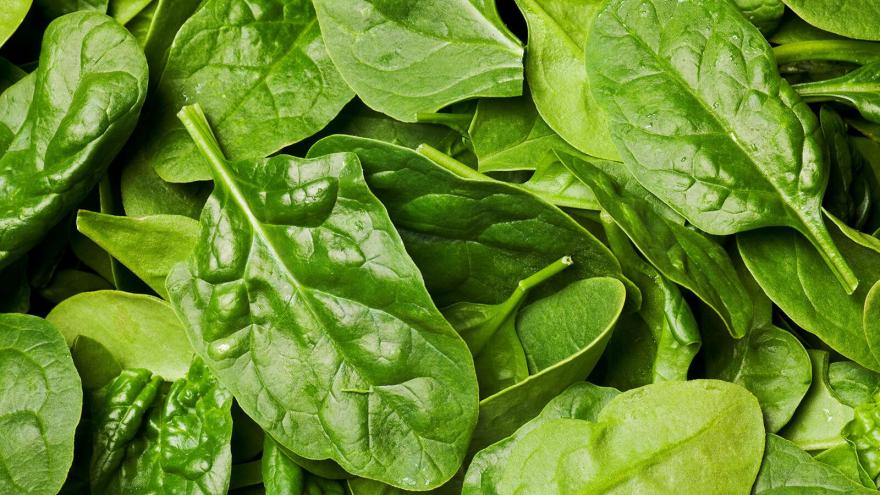 A multistate outbreak of Listeria infections connected to packaged salads has sickened 10 people and killed one, the FDA said.

(CNN) -- The Food and Drug Administration announced Tuesday it is investigating a multistate outbreak of listeria infections connected to Fresh Express packaged salads, which announced a recall of some of its products.

Ten people have become ill, 10 have been hospitalized and one person has died across eight states in the listeria outbreak. The illnesses stretch as far back as July 2016, with the most recent coming this October, the FDA said.

Fresh Express announced a recall Monday of some of its packaged salad products made at the company's facility in Streamwood, Illinois, because they have the potential to be contaminated with the bacteria listeria monocytogenes. The company advised consumers not to eat, sell or serve a long list of its products with the codes Z324 to Z350 printed on the package.

The recalled salad items were distributed through retailers in the Northeast and Midwest as well as in Canada, the company said.

The recall comes after the Michigan Department of Agriculture took a random sample test of a package of Fresh Express Sweet Hearts salad mix made at the Streamwood facility. The test was positive for listeria monocytogenes, the company said.

"Fresh Express immediately halted all production at the Streamwood facility and initiated a complete sanitation review," the company said in a statement. "Fresh Express has already been in contact with retailers who received the recalled items, instructing them to remove them from store shelves and stop any further shipments to stores from distribution centers and other inventories."

The FDA said the sample result matched the outbreak strain.

"We will continue to work with our partners and with Fresh Express to determine the source of this outbreak," said Frank Yiannas, the FDA's deputy commissioner for food policy and response. "We remain committed to transparency and providing updates as we learn more during our continuing traceback investigation."

Listeria monocytogenes is found in moist environments and can survive under refrigeration and other food preservation measures, the FDA says. When people eat food contaminated with the bacteria, they may develop listeriosis, a disease that, for most people, causes fever, muscle aches, nausea, vomiting and diarrhea. The illness can be particularly dangerous and even fatal for the very young, elderly and immune-compromised.