Fears over containing the coronavirus grow as cases outside China spike 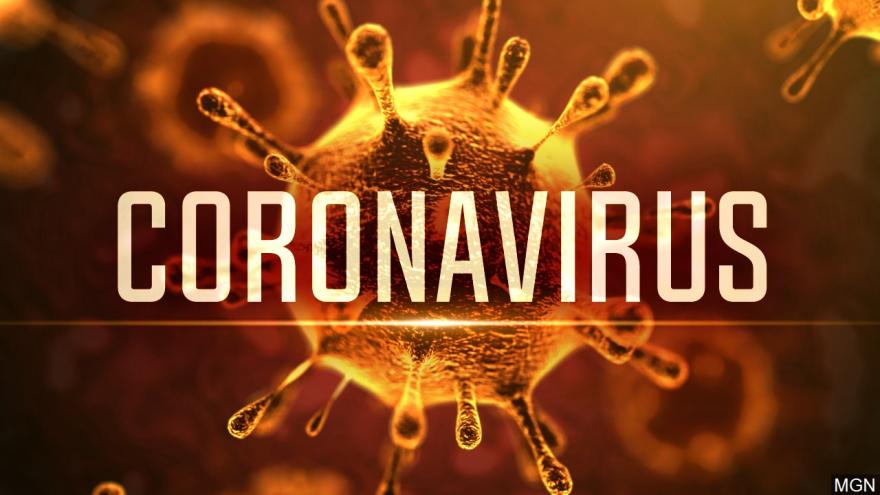 (CNN) -- Concerns are growing over the global spread of the novel coronavirus after a spike in cases outside of mainland China among people with no connection to China or the city of Wuhan, ground zero for the outbreak.

World Health Organization (WHO) director general Tedros Adhanom Ghebreyesus said on Friday that there was still a chance to contain the virus, "but the window of opportunity is narrowing."

The WHO has called on countries to continue containment measures while preparing for community transmission, he said, adding that the outbreak could still go in any direction.

"We must not look back and regret that we failed to take advantage of the window of opportunity we have," he said.

His words come as countries outside of China report a sharp increase of coronavirus cases -- particularly in South Korea and Iran. Italy has also reported two deaths, raising fears of self-sustaining epidemics.

The global death toll from the outbreak has reached2,372, after 109 deaths were reported in mainland China Friday, including 106 in Hubei, nine fewer than the previous day.

Outside of mainland China, at least 17people have died from the coronavirus,including five people in Iran.

More than 9,000 self-isolating in South Korea

Outside China, the largest coronavirus outbreaks have been in South Korea and Japan, where hundreds of people were infected on the Diamond Princess cruise ship, which began disembarking passengers this week from Yokohama Bay.

On Saturday, South Korea reported a spike of more than 229 additional cases in 24 hours, bringing the country's total to over 433, according to the South Korean Centers for Disease Control and Prevention (KCDC).

The number of cases in South Korea has soared from 28 a week ago. Two patients who have been diagnosed with coronavirus have died in the country, where the outbreak is centered around the southern city of Daegu.

More than half of the country's cases are linked to the Shincheongji religious group in Daegu. On Saturday, South Korean health officials said that 9,300 members of the group will be tested and required to self-isolate as they try to get on top of the outbreak there.

"We have secured a list of about 9,300 members of the relevant religious group, and we are preemptively enforcing self-isolation and facility isolation," said Kim Gang-lip, South Korea's vice minister of health, at a press briefing.

More than 4,400 people from the list are already self-isolating and the ministry is conducting the first tests on 544 people who said they have respiratory symptoms, Kim said.

In a statement released online on Friday, the Shincheongji religious group said it "deeply regrets" the coronavirus outbreak that occurred in their Daegu branch and said it was cooperating with local authorities.

"Currently all of our church branches in the nation, including the main headquarters have stopped services, gatherings, and mission activity in churches and related spaces," the statement said.

On Friday, the South Korean government designated Daegu and neighboring city Cheongdo as "special management areas" for infectious disease and have taken additional measures to control the outbreak, including shutting down public places in the capital, Seoul.

Attention has also turned to Iran, which only recently began reporting its first cases. On Saturday the health ministry confirmed 15 new infections and one death, state news agency IRNA reported.

Iranian health officials said the source of the virus in the country could be a Chinese worker who works in the city of Qom, about 140 kilometers (87 miles) south of the capital Tehran, and had recently traveled to China.

In total, five people have died in the country and 28 infections have been confirmed. Officials warned the coronavirus may have spread to every city in the country.

"The spread of the coronavirus started in Qom and has reached other cities in the country like Tehran, Babol, Arak, Isfahan, Rasht and other cities due to people traveling. There is a possibility that it exists in all cities across the country," said Minnou Mohraz, a member of the National Committee for Infectious Diseases at the Ministry of Health.

On Friday, Canada's chief public health officer, Theresa Tam, suggested further investigation was needed after a Canadian tested positive for the virus after returning from Iran. There was no indication that the patient had been to Qom.

"Any important cases linked to Iran could be an indicator that there is more widespread transmission than we know about," Tam said.

Iran's sudden jump in cases, Tam said, was a reminder that the novel coronavirus is a global issue and that there is the possibility that the virus could be present in countries that may not have the capacity to detect or contain it.

On Friday, Lebanon and Israel both reported their first cases of coronavirus.

Meanwhile, hundreds of people are finally disembarking the Diamond Princess cruise ship that has been quarantined in Japan's Yokohama for the past two weeks.

On Friday, 253 people who tested negative for coronavirus left the ship, according to a news release from the Japanese health ministry. The disembarkation of passengers from the ship will continue at least through Saturday, a spokesperson for Princess Cruises told CNN.

Japan, however, reported 12 new cases of coronavirus on Saturday, including three teenagers, bringing the number of cases in the country with no connection to the ship to 99, with 639 confirmed from the cruise ship.

Cases have also increased in Singapore and Taiwan.

In the United States, officials have confirmed 35 cases of novel coronavirus, according to the US Centers for Disease Control and Prevention (CDC). That includes 21 cases among repatriated individuals, as well as 14 other US cases.

The 21 repatriated include 18 former passengers of the Diamond Princess, plus three who had been previously evacuated from China.

The CDC said it will now track confirmed cases in two separate groups: people who have been repatriated, and those identified by the US public health network.