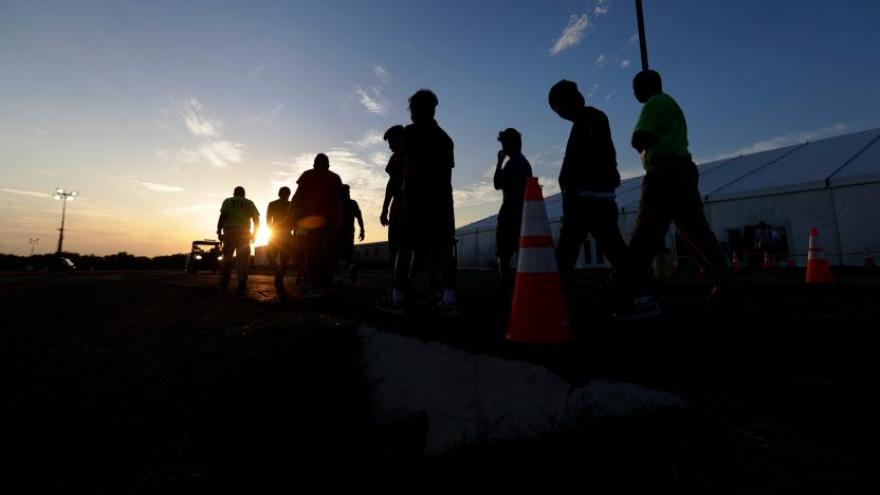 The order from the DC Circuit Court means that the government can again begin to expel children who arrived at the US-Mexico border alone, instead of processing them under the usual protocols. Last year, a lower court blocked the administration from turning back unaccompanied migrant children at the southern border. The appeals panel was made up of three Trump appointees.

Friday's decision places additional pressure on the Biden administration, which has condemned Trump-era policies on the US southern border but not yet disclosed how it intends to address the public health order that has given way to the swift removal of thousands of migrants, including asylum seekers.

"This is only a temporary setback," said ACLU attorney Lee Gelernt, the lead lawyer on the case. "We will continue to litigate this case on behalf of these vulnerable unaccompanied children, who are in need of protection and legally entitled to apply for asylum. But we hope the Biden administration will not make ongoing litigation necessary by rescinding this illegal policy created by the Trump administration."

Last year, as coronavirus swept across the country, the Trump administration invoked a public health law that allowed for the removal of migrants, including children, apprehended at the border -- a move that raised concerns among officials involved in compiling data who believed it to be driven by political motivations.

US District Judge Emmet Sullivan ruled last November that the government didn't have the authority to expel children under the law and argued his injunction was warranted given harm to the children.

Immigrant and civil rights advocates, as well as public health experts, criticized the previous administration for using public health claims as a pretext to impose harsh immigration restrictions and have urged President Joe Biden to end the order.