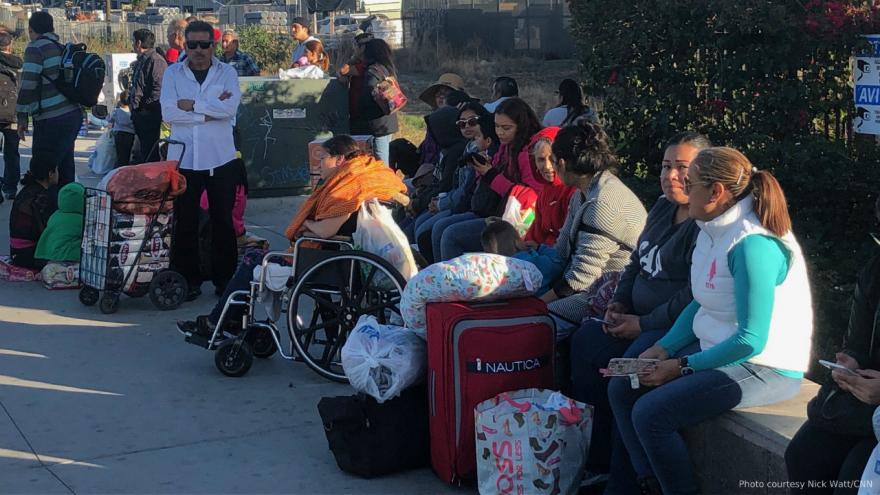 (CNN) -- A federal appeals court on Friday said it would not lift an injunction that is blocking the Trump administration's asylum ban from going into effect.

Trump signed a presidential proclamation last month that would bar migrants who illegally cross into the US through the southern border from seeking asylum outside of official ports of entry. But a federal judge in San Francisco temporarily blocked the measure, arguing that it "irreconcilably conflicts" with immigration law and the "expressed intent of Congress."

A panel of judges on the 9th US Circuit Court of Appeals said Friday that the lower court's temporary injunction should remain in place. The majority held that the Trump administration's proclamation is "likely inconsistent with existing United States law."

The temporary restraining order, which is effective nationwide, will remain in place until December 19, when the lower court judge has scheduled another hearing, or further order of the court.

The 9th Circuit panel sympathized at times with some of the government's arguments but said that the law is clear.

"We are acutely aware of the crisis in the enforcement of our immigration laws," the panel said. "The burden of dealing with these issues has fallen disproportionately on the courts of our circuit. And as much as we might be tempted to revise the law as we think wise, revision of the laws is left with the branch that enacted the laws in the first place—Congress."

The panel also emphasized that the litigation was at an early stage.

"The 9th Circuit's decision to keep the asylum ban blocked is consistent with the decision Congress has made and will save lives," he said.

The Department of Justice declined to comment Friday night. Instead, a spokesperson referred CNN to an earlier statement from department spokesman Steven Stafford and Department of Homeland Security spokeswoman Katie Waldman.

"Our asylum system is broken, and it is being abused by tens of thousands of meritless claims every year," the statement read. "As the Supreme Court affirmed this summer, Congress has given the President broad authority to limit or even stop the entry of immigrants into this country."