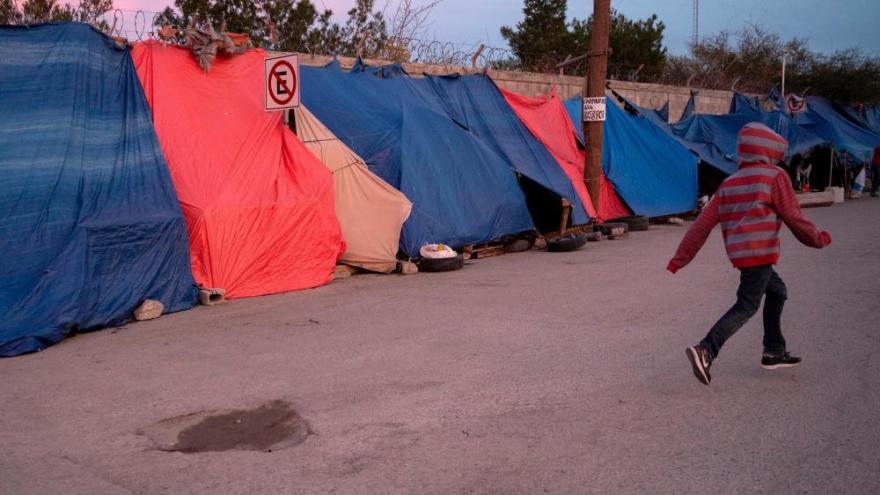 A federal judge in California blocked a Trump-era rule that went into effect just a day before Joe Biden took office and sought to dramatically limit the ability of Central American migrants to claim asylum in the United States.

The regulation, which prohibited migrants who have resided in or traveled through third countries from seeking asylum in the US, was part of a concerted effort by the Trump administration to tighten asylum along the US-Mexico border. Courts had previously moved to block the regulation.

RELATED: What to know about the situation at the US-Mexico border

Tuesday's ruling applies to the rule in its final form, which came just before Inauguration Day.

"As with the Interim Rule, the Final Rule deprives vulnerable asylum applicants of essential procedural safeguards designed to avoid arbitrary denials of asylum," wrote Judge Jon Tigar. "Also, rather than ensure their safety, the rule increases the risk asylum applicants will be subjected to violence...For these reasons, and the additional reasons set forth below, the Court now enjoins the Final Rule from taking effect."

Tigar also found that former acting Homeland Security Secretary Chad Wolf lacked the authority to issue the final rule, becoming the latest in a string of judges who called Wolf's previous position at the top of the department into question. Wolf stepped down from the role in early January.

It's unlikely that the Justice Department will defend the Trump-era asylum rule moving forward, given the Biden administration's commitment to restoring asylum at the southern border, rather than limiting it.

Biden, who pledged to reverse former President Donald Trump hardline policies, has called for the review of immigration regulations issued under his predecessor, while cautioning that changes will take time.

Later this week, the administration is expected to begin the gradual entry of migrants subject to a Trump-era asylum policy that forced migrants to wait in Mexico until their immigration court date in the US.