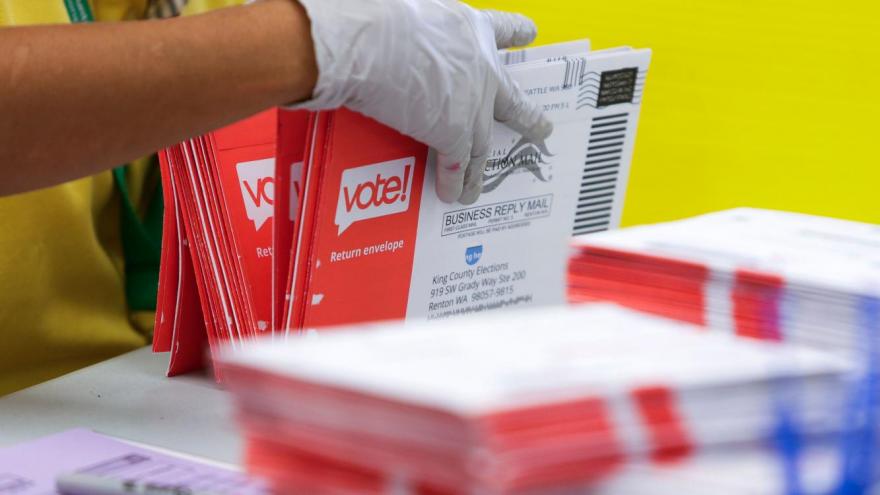 (CNN) -- A federal judge in Pennsylvania has denied the Trump campaign and Republican Party's bid to make ballot dropboxes in Pennsylvania unconstitutional, in a resounding defeat for the campaign's challenges to voting policy in a key battleground state.

Judge Nicholas Ranjan of the Western District of Pennsylvania court on Saturday also refused to throw out policies in Pennsylvania allowing signatures on mail-in ballots to not strictly match the voters' signature on file with the state and requiring poll workers to live in the county where they will work on Election Day.

He also rejected Republicans' fears of voter fraud, saying it's possible but not proven likely.

"While Plaintiffs may not need to prove actual voter fraud, they must at least prove that such fraud is 'certainly impending.' They haven't met that burden. At most, they have pieced together a sequence of uncertain assumptions," Ranjan wrote in the 138-page opinion.

Ranjan, who was appointed to the bench by Trump, noted that Pennsylvania's state officials and state Supreme Court settled many of questions of voting already for the November election.

"The Court finds that the election regulations put in place by the General Assembly and implemented by Defendants do not significantly burden any right to vote. They are rational. They further important state interests. They align with the Commonwealth's elaborate election-security measures. They do not run afoul of the United States Constitution. They will not otherwise be second-guessed by this Court," he wrote.

Pennsylvania Attorney General Josh Shapiro called the ruling "a win for voters and our democracy," adding in a statement: "We have been in court for months protecting the right to vote and working to get this outcome for all of you. Vote by mail or in person, however you choose. Your vote will count."

Republicans in Pennsylvania already have challenges to the state's voting provisions before the US Supreme Court.

Pennsylvania's Supreme Court previously allowed election officials to count mail-in ballots received up to three days after the election, even if the postmark was illegible. That ruling would allow votes of thousands of Pennsylvanians that could have been rejected for arriving after Election Day to be counted.

Lawyers for Republicans filed an emergency petition with the high court asking it to block the decision.