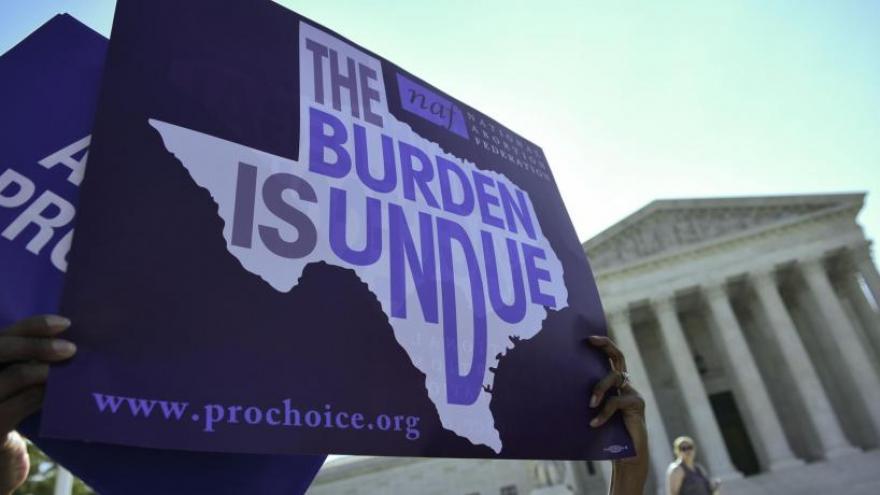 US District Judge Robert Pitman's order is a victory for abortion rights proponents, who had seen other attempts to block the law stymied by the ban's novel design. It may, however, be only a temporary victory.

At a hearing Friday, a lawyer from the Texas attorney general's office made clear that the state would appeal such an order to the 5th US Circuit Court of Appeals if it were granted.

That appeals court -- perhaps the most conservative in the country -- previously rejected a request from clinics that it block the law, as did the US Supreme Court.

In a recent court filing, an organization that runs several clinics in the state said that it would resume providing abortions after six weeks if the judge issued an order blocking the law.

The Texas law bans abortions after fetal cardiac activity is detected -- a point usually around six weeks into a pregnancy and often before a woman knows she is pregnant. It took effect on September 1 after the Supreme Court declined an emergency request to block it.

But while the law prevents access to abortions in violation of the Supreme Court's landmark 1973 Roe v. Wade decision, its novel structure has helped it in the courts.

When Attorney General Merrick Garland announced that the Justice Department was bringing a lawsuit of its own, he said that this "unprecedented" design seeks "to prevent women from exercising their constitutional rights by thwarting judicial review for as long as possible."

With the exception of one doctor who wrote a Washington Post op-ed claiming he had performed an abortion that violated the ban, clinics say that they have been complying with the Texas law in the month it's been in effect, forcing women to go out of state for the procedure if they're more than six-weeks into their pregnancies. Planned Parenthood says its Oklahoma providers have seen a 133% increase in patients from Texas, while its providers in New Mexico have seen a 67% jump in patients from the Lone Star State.

In a court filing from the clinic organization Whole Woman's Health, its president said that among the patients who have shown up their Texas clinics earlier than six weeks into their pregnancies or whom weren't sure how far along they were, 56% had to be turned away because fetal cardiac activity was nonetheless detected.