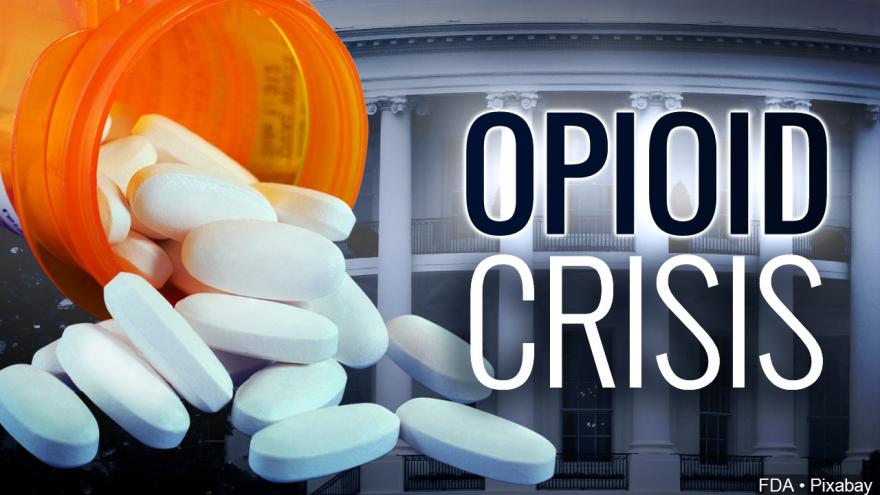 NEW YORK (AP) — The former head of a drug distributor has been indicted on what federal prosecutors say are the first criminal charges against a drug company executive to stem from the opioid crisis.

The indictment unsealed Tuesday alleges former Rochester Drug Co-Operative CEO Laurence Doud III ordered subordinates to ignore red flags about certain pharmacy customers to maximize company revenues and his own pay, which more than doubled between 2012 and 2016 as the company's sales of drugs like oxycodone and fentanyl skyrocketed.

Doud, 75, surrendered to authorities in New York City and is awaiting arraignment on two counts of conspiracy. His lawyer said he would fight the charges. If convicted, he faces a mandatory minimum sentence of 10 years in prison, U.S. Attorney Geoffrey Berman said.

"This prosecution is the first of its kind: Executives of a pharmaceutical distributor and the distributor itself have been charged with drug trafficking — trafficking the same drugs that are fueling the opioid epidemic that is ravaging this country," Berman said.

Doud and other top executives "made the deliberate decision" not to investigate, monitor or alert federal regulators about pharmacy customers they knew were providing opioids to people who wanted them for non-medical uses, the indictment alleges.

Rochester Drug Co-Operative's oxycodone sales increased by 800% and its fentanyl sales jumped by 2,000% between 2012 and 2016, Berman said. During the same period, the company's internal compliance office flagged 8,300 orders but reported just four to the U.S. Drug Enforcement Administration.

The company is one of the nation's ten largest distributors of pharmaceutical products, with over 1,300 pharmacy customers and over $1 billion in revenue per year. The company says the vast majority of its customers are small, independent pharmacies.

The Rochester, New York-based company will pay a $20 million fine to resolve a civil complaint and consented to three years of independent compliance monitoring.

"We made mistakes," company spokesman Jeff Eller said in a statement. "RDC understands that these mistakes, directed by former management, have serious consequences. We accept responsibility for those mistakes. We can do better, we are doing better, and we will do better."

Doud, who retired in 2017, alleged in a lawsuit last year that Rochester Drug Co-Operative tried using him as a scapegoat for its legal and regulatory troubles.