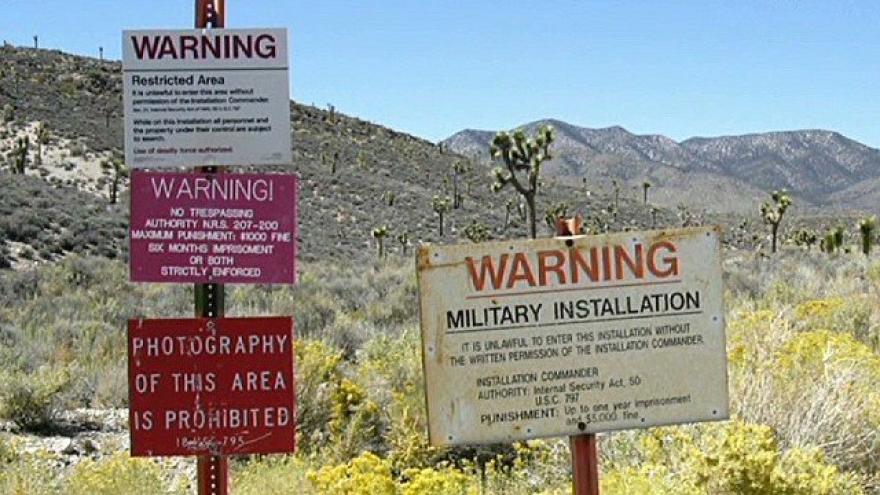 Over one million people have signed up to a joke Facebook event, calling on users to meet at Area 51, the US Air Force base in Nevada that\'s long been a source of alien conspiracy theories, in September. Source: Getty Images
By Leah Asmelash and Saeed Ahmed , CNN

(CNN) -- They've got a plan to raid Area 51 and "see them aliens." But what will happen if they actually do it?

Over one million people have signed up to a joke Facebook event, calling on users to meet at Area 51, the US Air Force base in Nevada that's long been a source of alien conspiracy theories, in September.

"If we Naruto run, we can move faster than their bullets," the page says, referencing the Japanese manga-inspired running style with arms outstretched backwards and heads forward. "Let's see them aliens."

A pinned post on the page attempts to cover its bases, reading "Hello US government, this is a joke, and I do not actually intend to go ahead with this plan. I just thought it would be funny and get me some thumbsy uppies on the internet." But as the event has gained traction -- inspiring dozens of memes and jokes -- the profile of the situation has risen, so much so that the US Air Force has been made aware of the potential impending raid.

And they're not as lighthearted about the situation as folks on the internet are.

"[Area 51] is an open training range for the U.S. Air Force, and we would discourage anyone from trying to come into the area where we train American armed forces," a spokeswoman told The Washington Post. "The U.S. Air Force always stands ready to protect America and its assets."

CNN has reached out to the Air Force and is waiting to hear back.

Area 51 was officially acknowledged as an Air Force base in 2013, but has spurred conspiracy theories as an unidentified flying object and alien holding site for decades. In short, it's thought that Area 51 holds all the government secrets about aliens -- though the CIA has published documents confirming its use as a test base.

But it has since been confirmed that the US government has spent $22 million researching UFOs. Just last month a group of US senators were briefed on UFO encounters the US Navy has had, too.