Fewer than 1,000 US troops to stay in Syria, Chairman says 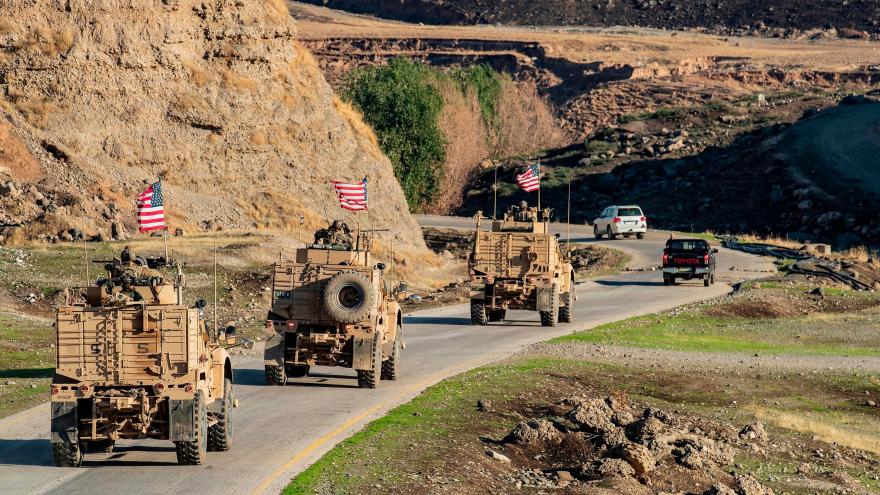 (CNN) -- Fewer than 1,000 US troops will stay in Syria but the objective of defeating ISIS remains in tact despite the smaller US military presence, Chairman of the Joint Chiefs of Staff Gen. Mark Milley said Sunday.

"There will be less than a thousand for sure. And probably in the 500ish frame. Maybe six (hundred) but it's in that area. But we're not going to go into specific numbers because we're still going through the analysis right now," Milley said in a pre-taped interview with ABC's "This Week" that aired Sunday.

A defense official with direct knowledge told CNN last week that US forces in the Middle East had received updated orders from the Pentagon and Defense Secretary Mark Esper detailing their mission to "enable" the Syrian Democratic Forces to "maintain control" of oil fields in eastern Syria. Those orders -- from Esper and Gen. Kenneth McKenzie, head of the US Central Command -- lay out the detailed geographic area US forces will cover, the "rules of engagement" spelling out under what circumstances they are allowed to use force and how they will "deconflict' operations with Russia, Turkish and Syria regime forces.

CNN previously reported that weeks after President Donald Trump ordered troops out of northern Syria, publicly declaring he was taking "control" of the oil and sending troops and armored carriers to protect it from ISIS, US commanders had lacked clarity on the most basic aspects of their mission, including how and when troops can fire their weapons and what, exactly, that mission was.

In his first television interview since assuming his role of chairman, Milley said Sunday that the mission remains the same. Pressure must be maintained on ISIS fighters in the region to avoid "a very real possibility that conditions could be set for a reemergence of ISIS," he said.

Milley and other US officials have been reticent to say specifically how many US troops will remain in Syria as they've worked to define the US mission and needs in the country after US troops were pulled from parts of northeast Syria following Turkey's incursion there.

"His (Baghdadi's) death will have a very significant disruptive effect on the organization as a whole. They have, apparently, replaced him with another leader. We do have a considerable amount of information on that individual. And we'll see in the days ahead and the weeks ahead and the months ahead if he's able to piece together his organization or not," Milley said. "We'll pay close attention to him and where opportunities arise, we'll go after him as well."