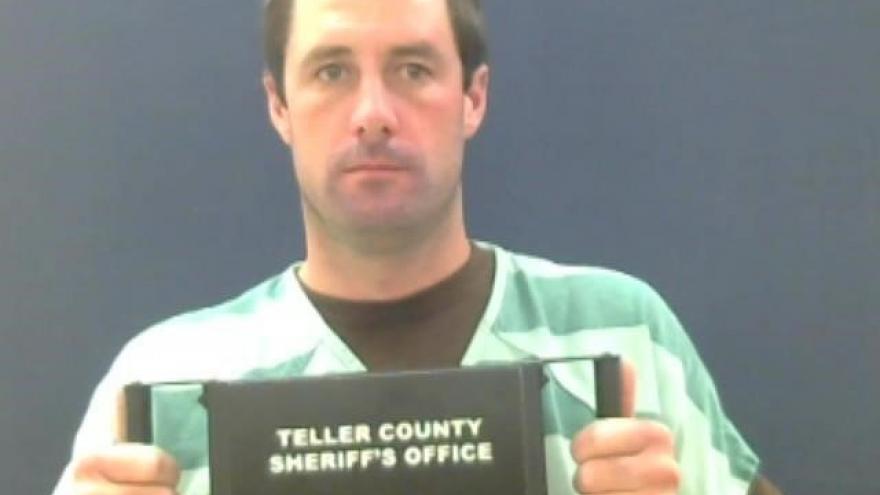 (CNN) -- The fiancé of missing Colorado mother Kelsey Berreth was arrested and booked on murder charges in connection with her death, authorities said Friday.

Patrick Frazee's arrest came nearly one month after Berreth, the mother of his 1-year-old daughter, vanished on Thanksgiving Day near Woodland Park, a city between Denver and Colorado Springs.

Formal charges will be filed against Frazee in about 10 days, District Attorney Dan May of the 4th Judicial District said at a Friday news conference. The time and date of an arraignment have not been set.

Authorities do not believe Berreth is alive but have not found her body, De Young said. They have not determined a motive, he said.

As dozens of officers a week earlier searched Frazee's home and property, Loew in a statement said his client "continues to cooperate with law enforcement."

"We encourage law enforcement to take whatever steps it deems necessary to find Kelsey Berreth and to be able to exclude Patrick Frazee as a possible suspect in this missing person investigation," the attorney said. "Mr. Frazee will continue not to participate in any interviews with the media and instead focus on parenting the child he shares with Ms. Berreth."

Frazee was the only person arrested in the case as of Friday morning, De Young said, and officials wouldn't provide any more detail about how they came to the solicitation charge.

Under the solicitation statute, a suspect would not only have discussed committing a crime with another person but would have taken steps to see it through, May said.

"So, it isn't just a discussion," the prosecutor said. "You've actually done something that shows the firmness of your actions."

The criminal affidavit in the case has been sealed until investigators can follow up on leads and feel confident the release of documents won't hurt the investigation, May said.

Authorities are still combing Berreth's house for clues, May said.

Investigators "recovered a number of items" that have led them to suspect the murder took place in the residence, De Young said.

Investigators with the Colorado Bureau of Investigation, the Woodland Park Police Department and the FBI were spotted Thursday evening carrying large brown bags out of Berreth's home, and a firefighter was seen carrying a ladder into the house, CNN affiliate KMGH reported.

Frazee and Berreth's daughter is in protective custody and will be reunited with Berreth's family, De Young said.

Frazee previously had told police he last saw Berreth on November 22, when he picked up their daughter, making him the last known person to report seeing Berreth alive.

Police said they have surveillance video of Berreth, a flight instructor, shopping with her daughter that day at a Woodland Park supermarket.

Berreth's employer got a text from her phone on November 25, saying she wouldn't be able to work that week, police have said. Frazee also said she texted him that day, but the contents of that text haven't been released.

A week after that, she was reported missing. Woodland Park police began their search on December 2, when Berreth's mother, Cheryl, alerted them to her daughter's disappearance.

Berreth's phone was tracked to a location near Gooding, Idaho. Berreth has family in that state, De Young said. Gooding is roughly 800 miles northwest of Woodland Park.

"She's not the kind that runs off," Cheryl Berreth said at a police news conference on December 10. "This is completely out of character. Kelsey loves her God, she loves her family and friends, and she loves her job. She's reliable, considerate and honest."

Berreth's phone did end up in Idaho, De Young confirmed Friday, adding that police are still working to recover it.

The reward for information leading to finding Berreth is $25,000, Woodland Park police said.

Frazee voluntarily released his phone to be searched and allowed officers to take a DNA sample on December 12, his lawyer said.

De Young declined to say then what investigators were looking for or what prompted them to search that location.