Fiancee of Saudi Khashoggi seeks UN action over his killing 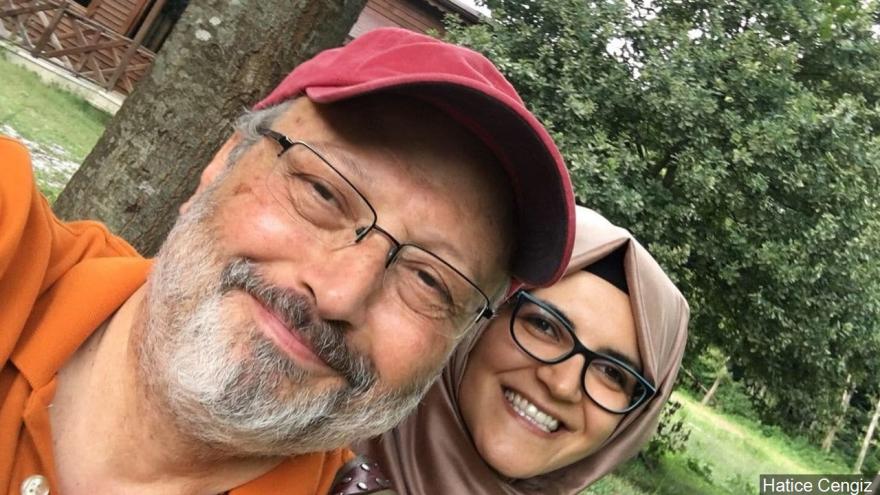 GENEVA (AP) — The fiancee of slain Saudi journalist Jamal Khashoggi has taken her campaign for justice over his grisly slaying to the U.N.'s top human rights body and urging the United Nations to take "the next step" following a blistering report from an independent investigator.

Hatice Cengiz, a Turkish citizen, says she hasn't gotten over the Oct. 2 killing of the Washington Post columnist at the Saudi consulate in Istanbul. She remains haunted by the prospect that he might not really be dead because his body hasn't been found.

She spoke Tuesday at a 90-minute "side event" at the U.N.-backed Human Rights Council organized by Canada.

Cengiz provided one of several testimonials on the theme "Silencing Dissent," which mostly criticized alleged rights abuses in Saudi Arabia and the United Arab Emirates.