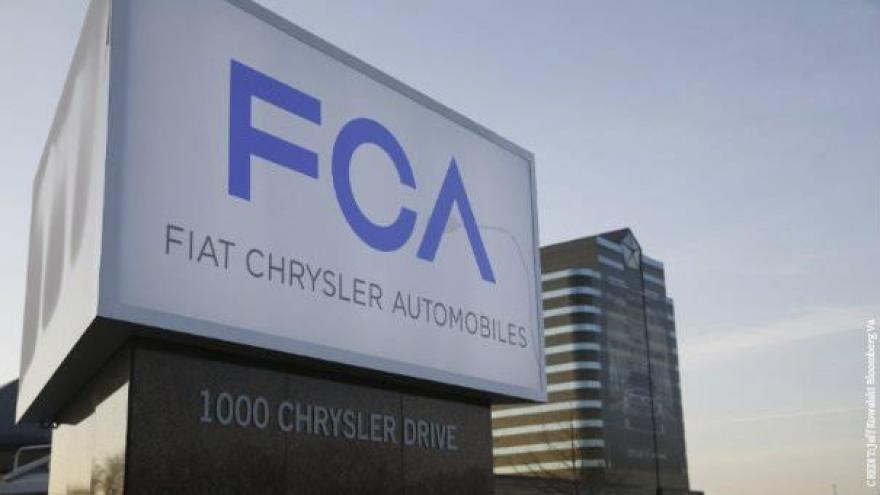 Unveiling the company's plans through 2022, long after his planned retirement next year, Marchionne said Fiat Chrysler will invest 9 billion euros ($10.5 billion) as it tries to catch up in the market for gas-electric hybrids and fully electric vehicles, without forsaking a core market that still wants internal combustion engines.

"Reducing our dependence on oil is one of the single, greatest challenges that our society faces," Marchionne told financial analysts as he presented the business plan that will be a final legacy to the company he created through the merger of Fiat with failing Chrysler.

"At FCA, we believe there is no single solution, no magic formula, to solve this problem. We believe to achieve a quantum leap, the entire system — political, economic and industrial — needs to work together with the right measure of realism based on finding the appropriate balance between consumption levels, cost and efficiency."

"At the same time, conventional internal combustion engines will continue to be in the vast majority of our production," he said.

The daylong presentation focused on plans for the brands that drive revenues: Jeep SUVs, Ram trucks and premium brands Maserati and Alfa Romeo. CFO Richard Palmer said by 2022 those brands would represent 80 percent of revenues, compared with 65 percent today.

Palmer said Fiat expected to recover 65 percent of electrification costs through higher prices, while 15 percent of capital expenditures of 45 billion euros in the period would be invested in conventional engine technology.

Notably absent were the marquee brands: Fiat and Chrysler, which both represent the less-profitable passenger cars currently off consumers' radar, particularly in the United States, where Fiat Chrysler makes more most of its profits, but also in fast-growing China.

Marchionne said that didn't signal the demise of either brand, just that their contribution doesn't change the overall numbers. He said the Fiat 500 family and the Panda city car would contribute to electrification, with exports from European production sites to the United States, while Chrysler remained a North American brand, focused mostly on minivans.

The business plan is Marchionne's grand finale, 14 years to the day after he was named Fiat CEO. His tenure has included landmark deals, including the Fiat merger with bankrupt U.S. carmaker Chrysler and the spin-offs the industrial vehicle business and sports carmaker Ferrari.

The 65-year-old Italian-Canadian has said his successor as CEO will come from within the company, but won't be named before next year.

In a break from fashion tradition, Marchionne unzipped a knit cardigan to reveal a blue tie — the first, he said, he has worn in a decade. It was a gesture he had pledged if Fiat eliminated debt, which he said will happen by the end of the month. Marchionne is famous for unfailingly wearing navy blue cashmere sweaters without a tie.

Marchionne said debt is "a legacy that has dogged both Fiat and Chrysler for decades," and that erasing it "a significant milestone."

All new models for the Jeep, Maserati and Alfa Romeo brands launched in the next five years will have some version of electrified powertrains, while eliminating diesels, executives said. Truck maker Ram will limit its alternative powertrains to a high-end premium truck, the TRX, which will compete with Ford's Raptor.

Jeep brand chief Mike Manley did not provide a future target for sales, which are currently around 1.9 million vehicles a year. But he said that now one in every 17 utility vehicles sold in the world is a Jeep and he expects that to be one in 12 by 2022 with the launch of 10 hybrids and four full electric vehicles.

Meanwhile, the premium brand Alfa Romeo plans to increase annual sales to 400,000 by 2022, having missed that same mark for this year. Marchionne acknowledged "we found it a lot more difficult to try to penetrate the premium market than we thought," adding that they underestimated the reaction of German competitors.

The head of the luxury line Maserati, Tim Kunsiskis, said the brand aims to compete with Tesla with an all-electric supercar named "Alfieri" that will accelerate from 0-100 kilometers (0-60 miles) an hour in around two seconds. The brand forecasts sales will double from last year to 100,000 cars a year by 2022.

Maserati is entering an exclusive deal with Ferrari for all future powertrains, including hybrid, plug-in hybrid and full-battery electric, while it eliminates diesel engines.

"With an all-electric supercar, it may look like we are targeting Tesla. We are," Kuniskis said.

Marchionne said the drive toward more electrified vehicles across the range also provides a hedge against any future oil price hikes that might make consumers repent their shift toward bigger vehicles, which he said appears permanent.

"The obligation is on us to try to make sure fuel consumption associated with larger vehicles match market expectations," he said. To that end, FCA will have plug-in hybrids across the range by the end of the business plan.