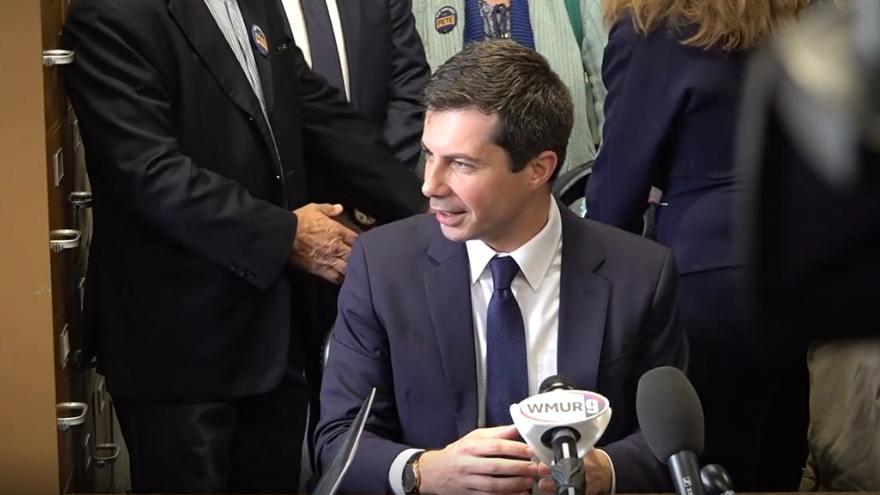 CONCORD, N.H. (AP) — The collection of political gadflies and citizen-candidates who emerge every presidential election to join nationally recognized figures on the ballot began to take shape Wednesday with the start of the filing period for New Hampshire's first-in-the-nation primary.

The date for the primary hasn't been set, but it's expected to be held Feb. 11, eight days after the leadoff Iowa caucuses. Potential candidates have until Nov. 15 to add their names to the Democratic or Republican ballot, and dozens are expected to do in part because it's relatively cheap and easy: meet the basic requirements to be president, fill out a one-page form and pay a $1,000 filing fee.

That means candidates running national campaigns share space on the ballot with unknowns such as political gadfly Mark Stewart Greenstein, of West Hartford, Connecticut. Greenstein, who was the first to sign up for the 2016 primary, was first this time, too, handing over a stack of $50 bills just after the secretary of state's office opened at 8 a.m. He received 29 votes last time, according to results from that office.

Four years ago, the West Hartford, Connecticut, man said his goal was to stop Hillary Clinton, who ended up winning the Democratic nomination. This time, he's trying to generate momentum for a new party called EPIC, which stands for Every Politically Independent Citizen.

At a really after filing his paperwork, Buttigieg said New Hampshire is going to "catapult" him to the nomination and presidency.

"What a treat to be lifted up by the voices of hundreds of people, or as you call it here in Concord, a quorum," he said, referring to New Hampshire's 424-member Legislature. "I am so honored to be part of this great tradition in New Hampshire. We've been at it for a good year or so, but this feels different. We are officially a candidate in the New Hampshire primary for president of the United States."

Asked by a reporter earlier whether he will win the primary, Buttigieg said "We're counting on it," but he acknowledged the challenge.

"There's no question I've got competitors with a near homefield advantage, but I also find that this is a very competitive state," he said.

This is the second time that candidates are signing up at the desk of the man who started New Hampshire's tradition of holding the earliest presidential primary.

In 1913, Rep. Stephen Bullock traveled by horse and buggy from his Richmond farm to Concord to propose a bill creating the primary. The Legislature passed it that spring, and after some tweaking of the law two years later, the first presidential primary was a held in March 1916. New Hampshire wasn't first that year, but has been first every year since.