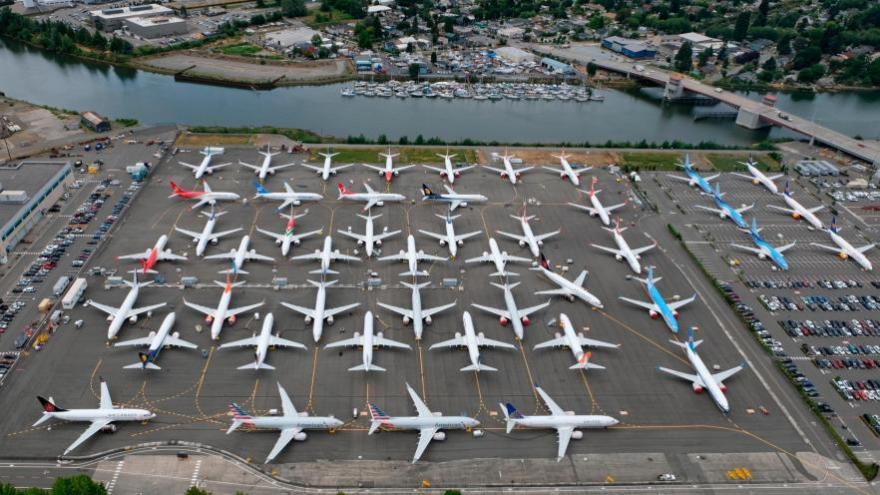 (CNN) -- A select group of US and international airline pilots are expected to participate in the final round of simulator testing of Boeing's new flight control system software for the 737 MAX as soon as early November, according to two sources familiar with the plans.

This timeline, which has not been previously reported, is a sign Boeing engineers' months long work to fix the plane's flight control software is nearing completion.

The final round of simulator testing is an important milestone toward ungrounding the troubled aircraft and is intended to help regulators determine what sort of pilot training will be necessary before the plane flies again.

The tests will be conducted in a Boeing simulator in Seattle with Federal Aviation Administration regulators observing. They will help the FAA determine if the new software is enough to help average pilots recover the plane and avoid a crash if they encounter the problems experienced in both the Lion Air and Ethiopian airlines crashes.

Pilots in the simulator will experience scenarios and flight control failures that mirror the difficulties pilots experienced in the two deadly 737 MAX crashes that killed 346 people combined. The automated systems are believed to have contributed to the crashes.

The plane has been grounded since March, making this the longest grounding of a major manufacturer passenger plane. All of the US carriers that fly the 737 MAX canceled flights involving the aircraft into next year.

The FAA will observe how pilots interface with the planes' new flight control software, and those observations will dictate the sort of pilot training the FAA will propose, the source said. Pilots unions and other interested parties will have an opportunity to comment on the FAA's proposal.

It's unclear which international airlines will have pilots participating in these final simulator tests but a source says all US carriers with the plane in its fleet will have pilot representatives allowed to test the new software. It would be impossible to allow every airline that has the plane in its fleet test the software but the goal is a diverse sampling of airline pilots so they can have an accurate representation and understanding of how pilots interact with the new software.

In a statement to CNN the FAA said, "As part of the overall testing and validating of new procedures on the Boeing 737 MAX, a cross-section of line pilots from carriers that operate the aircraft around the world will be invited to participate in simulator testing." FAA spokesman Lynn Lunsford added, "the FAA has not specified a certain number of hours of flight experience for these crews beyond the requirement that they have previous experience at the controls of the Boeing 737 MAX."

Airline pilots have already been flying in the simulator with the new software as Boeing engineers were working through the updates. Those tests were to observe pilots and determine if the assumptions engineers were making along the way about how the pilots would respond and interact to the automation of the flight control system was the same as they anticipated.

FAA Administrator Steve Dickson, a pilot himself, has said he will fly the plane using the new software following the certification flight.

A Boeing source believes if all goes according to plan the FAA will unground the plane by the end of the year and airlines will begin flying it by early 2020.

"We continue to work with regulators on the safe return of the MAX to service," Boeing said in a statement.

Correction: This story has been updated to correctly identify FAA spokesman Lynn Lunsford.