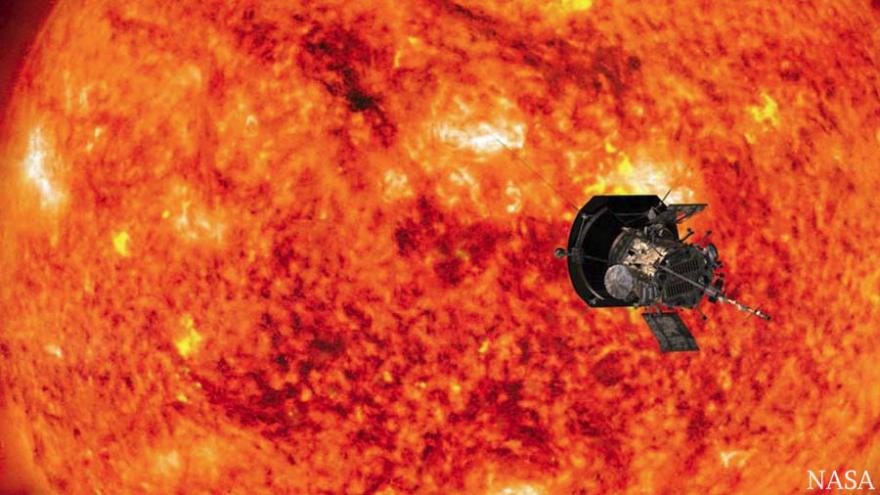 BALTIMORE (WJZ-TV/CNN) -- When it comes to taken on extremes, a spacecraft built in Maryland could easily break records.

Engineers and technicians are doing the final tests of the Parker Solar Probe at NASA’s Goddard Space Flight Center.

This summer, it will launch from earth for a journey to the sun, and the closest fly-by in history.

The reason for the probe has down-to-earth applications.

“The sun is our main source of energy, so we’re affected by the space weather that comes off of it,” Betsy Congdon, with the Parker Solar Probe team, told WJZ-TV's Alex DeMetrick.

Not only the massive eruptions that send highly charged particles toward earth, which can impact satellites and power grids, but the solar wind.

The probe will skirt the outer edges of the sun’s atmosphere – the corona visible during total eclipses – where speed increases and no one knows why.

“Something happens in there that rockets out, that shoots out these solar wind particles,” said Dr. Adam Szabo, with the Parker Solar Probe team.

To make this mission work, the probe has to keep its cool.

So a special lightweight heat shield has been developed.

It will take the brunt of the 2500 degree farenheit temperature.

While exposed areas, like the solar panels, will be cooled with water.

Which leaves the scientific instrument packages inside the spacecraft at room temperature found on earth.

What those instruments send back will unlock more than just the sun’s secrets.

“By understanding our own star in our own backyard, we will be able to apply a lot of that knowledge to stars throughout the galaxy,” Parker Solar Probe team member Dr. Nickey Fox said.

The Parker Solar Probe was built for NASA by the Johns Hopkins Applied Physics Lab, which will also control the mission.