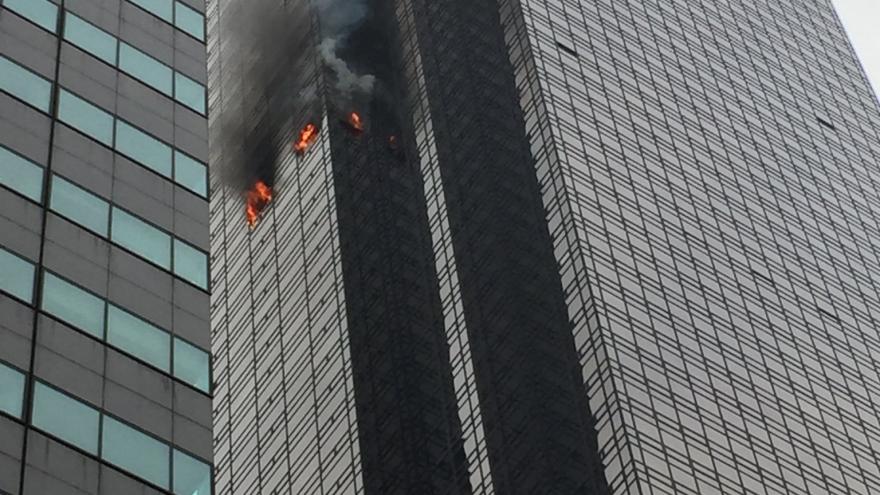 (CNN) -- One person was seriously injured in a four-alarm fire at Trump Tower on Saturday, according to the New York City Fire Department.

The fire was contained to the 50th floor of the tower, located on Fifth Avenue in New York, department spokeswoman Angelica Conroy told CNN.

The person injured is a resident of the apartment where the fire occurred, Fire Commissioner Daniel Nigro said at a news conference.

No members of the Trump family were at the tower during the fire. President Donald Trump tweeted the fire was out and "very confined" in the "well built building" and congratulated the firefighters.

His son, Eric Trump, also congratulated the firefighters, saying "the @FDNY and @NYPD are truly some of the most incredible people anywhere!"

However, while contained, the fire was not under control, according to CNN affiliate WABC-TV. The station reported that three firefighters also had minor injuries and that there were no evacuations of the Trump Tower.

The fire at Trump Tower comes three months after a minor fire broke out in a cooling tower on the roof of the building, according to CNN affiliate WCBS-TV. Two people were injured in the fire that officials said may have been caused by electrical heaters inside the cooling tower.