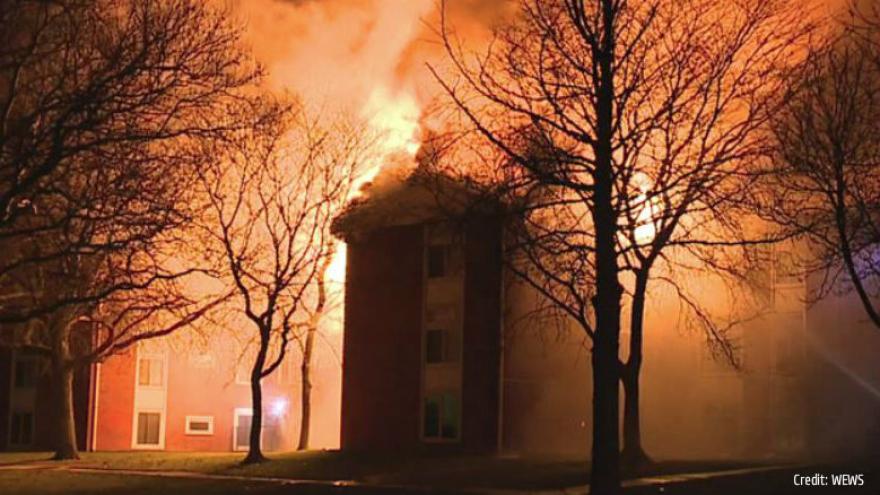 Officials reported one person was injured in the blaze, and was treated and released from the hospital.

Firefighters were initially sent to the complex around 3:30 a.m. for a kitchen fire in one of the units. Crews extinguished the fire and left but were called back around an hour later after flames were spotted shooting through the roof of the building.

Crews had the bulk of the fire under control by 7 a.m. but continued to battle hotspots throughout the morning.

The Red Cross said most residents are staying with family.

The Red Cross is working with apartment management to put some displaced residents in vacant apartments in the complex.

Some residents said they lost all of their belongings in the fire.

"We have our lives. I can get all that stuff back, just the fact that my seven year old son and I are okay is all that matters," said Laureen Lawlor.