Fire in Australia becomes bigger than the size of Manhattan 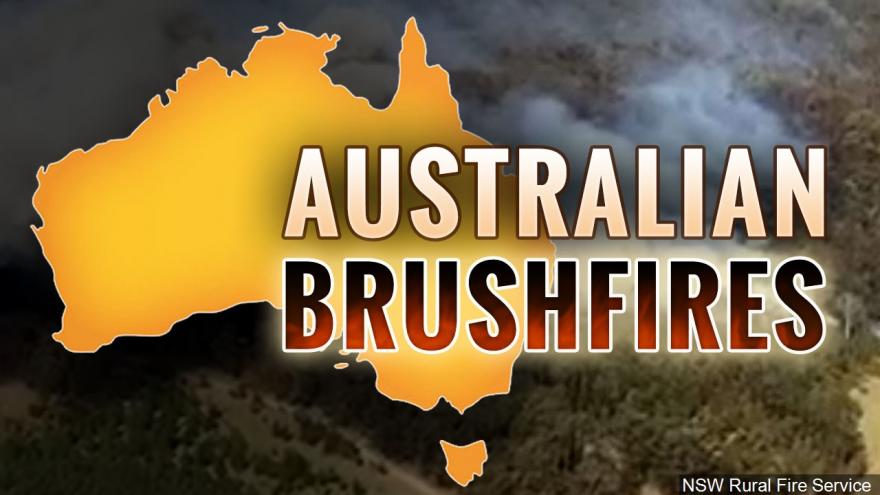 (CNN) -- Three fires have combined to form a single blaze bigger than the New York borough of Manhattan, as Australian firefighters battle what has been predicted to the most catastrophic day yet in an already devastating bushfire season.

The fires joined overnight in the Omeo region in Victoria state, creating a 6,000-hectare (23 square mile) blaze, according to Gippsland's Department of Environment, Land, Water and Planning.

In neighboring New South Wales state, a fire in the Wollondilly region south of the capital Sydney remains "out of control," according to the Rural Fire Service. It has burned 264,000 hectares (1,020 square miles) of land in recent months.

Weather conditions are deteriorating rapidly on Saturday, with the country's Bureau of Meteorology warning that winds are picking up and temperatures increasing. "Today will be a day of severe to extreme fire danger through many districts," the bureau said.

The death toll is rising as conditions worsen -- Prime Minister Scott Morrison said on Saturday that 23 people had been killed nationwide, up from 18 from earlier in the week. More than 1,500 homes have also been destroyed since the fire season began in September.

It marked the first time VIctoria has activated these powers since the 2009 Black Saturday fires, the deadliest bushfire disaster on record in Australia with 173 people killed and 500 injured.

On Saturday, Morrison announced the deployment of up to 3,000 Australian Defense Force Reserve troops to affected states. Four planes will also be leased by the government to provide water bombing, while the navy's largest ship, HMAS Adelaide, will be mobilized to evacuate citizens along the coast.

"Today is about ensuring we deal with the urgent crisis that is existing across fire grounds in four states in particular, to ensure we're giving everything that is needed on ground without being asked," Morrison said at a press conference.

Evacuations ahead of deteriorating weather

All three branches of the ADF -- the navy, army, and air force -- have been working this week to rescue residents from fire-threatened areas and isolated towns cut off by closed roads. On Friday, the navy evacuated about 1,000 people from the Victoria beach town of Mallacoota, Morrison said.

Some residents have chosen to stay and defend their homes, even with authorities urging people to get out while they can. Matt Runko, a homeowner in Moruya, NSW, departed late Friday -- but was forced to leave his neighbor behind.

"He's pretty confident he's got enough water and resources over there to fend it off," Runko told CNN -- but admitted it's "definitely a little bit distressing" that his neighbor was staying in the fire threat zone.

Saturday's hot, dry and windy weather is expected to hinder firefighters and worsen the flames, after a brief improvement in conditions on Thursday and Friday.

The Bureau of Meteorology issued a severe weather warning on Saturday morning for "damaging winds" in NSW, the state hardest hit by fires so far. A passing cold front is causing temperatures to spike and humidity to drop, and bringing strong gusts up to 90 kilometers per hour (55 miles per hour) across the state's southeast.

Some of the biggest fires have been burning for months, but the real danger on Saturday is the wind. Not only does it make the fires grow faster and bigger, but the wind can carry embers far distances and start entirely new fires in new locations.

These winds will change directions once the cold front passes -- making the fires even more difficult to control. Some rain is expected by the end of the weekend heading into Monday, but won't be enough to extinguish the large ongoing blazes, according to CNN meteorologists.

"We can't stop the fires, all we can do is steer them around communities," he told CNN.