Firefighters make headway against the biggest of California's active wildfires 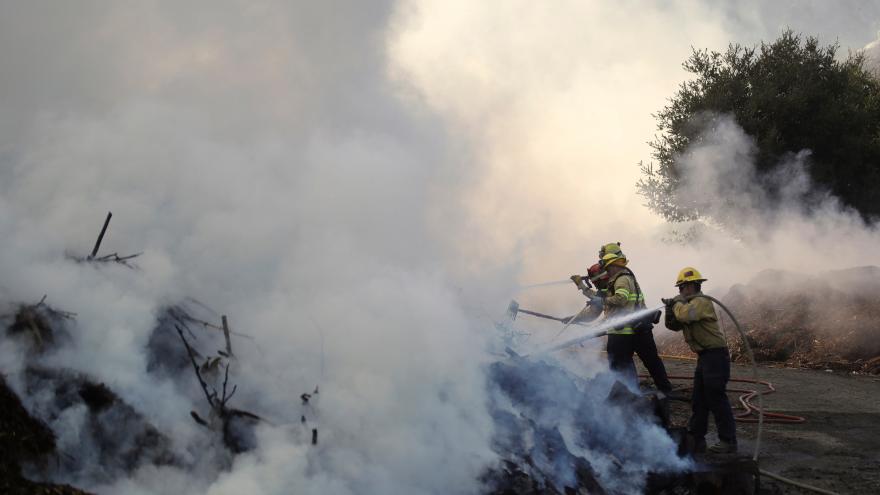 The Saddleridge Fire in Los Angeles is 41% contained, up from 19% Saturday, the California Department of Forestry and Fire Protection, or CAL FIRE, said on Facebook Sunday. The fire is almost 8,000 acres in size.

All evacuation orders were lifted Saturday in Los Angeles after the Saddleridge Fire moved away from neighborhoods and into hillsides, and as wind conditions improved.

About 100,000 people had been forced to evacuate homes in several Los Angeles neighborhoods when the blaze began spreading rapidly, fueled by strong Santa Ana winds and low humidity. The fire destroyed at least 31 homes.

In Calimesa, about 70 miles east of Los Angeles, the Sandalwood Fire is 77% contained, CAL FIRE said. It's now about 1,000 acres.

The Sandalwood Fire killed an 89-year-old woman in a mobile home and another person who hasn't yet been identified, the Riverside County Sheriff's Department said.

The Reche Fire in Moreno Valley is now 100% contained, CAL FIRE said. It started as a fast-growing blaze, but firefighters were able to keep it from growing more than 350 acres in size.