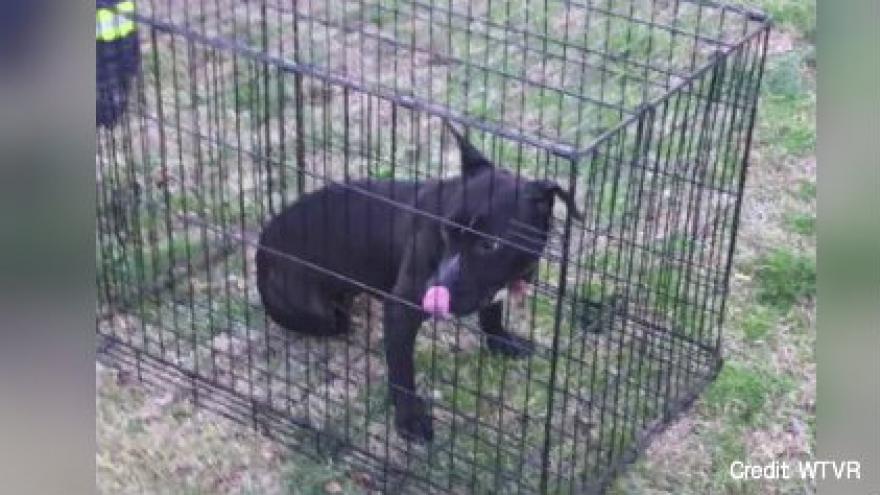 When firefighters were called to a home in the 2900 block of Bluefield Street at 6:30 a.m., they spotted flames coming from the back of the structure.

“When we made entry into the building, the entire kitchen was involved,” firefighter Thomas Mason said. “Me and firefighter Hudson started making our search through the house… And we go to an animal cage.”

In that cage firefighters found an unresponsive dog.

“It didn’t have a heartbeat,” firefighter-EMT Clayton Deguentz said. “It wasn’t breathing at all.”

First responders initiated CPR on the animal and were able to revive the animal. They also applied oxygen using a pet mask.

“It’s basically just a cone that goes over their nose," Deguentz explained. "It’s supplemental oxygen no different than we would give a patient in the back of an ambulance.”

The pup was up and walking around by the time the owner returned home.

Hopewell Animal Services also responded, off-duty, to make sure the pet was fine.

Battalion Chief K. Kennedy said he was extremely proud of his team.

“These guys put in a lot of hours training. And the pet mask is one thing we have to train on," Kennedy said. "They work hard. They do a good job and their efforts showed today.”

Firefighters, who had the fire under control in 20 minutes, are investigating what sparked the blaze.