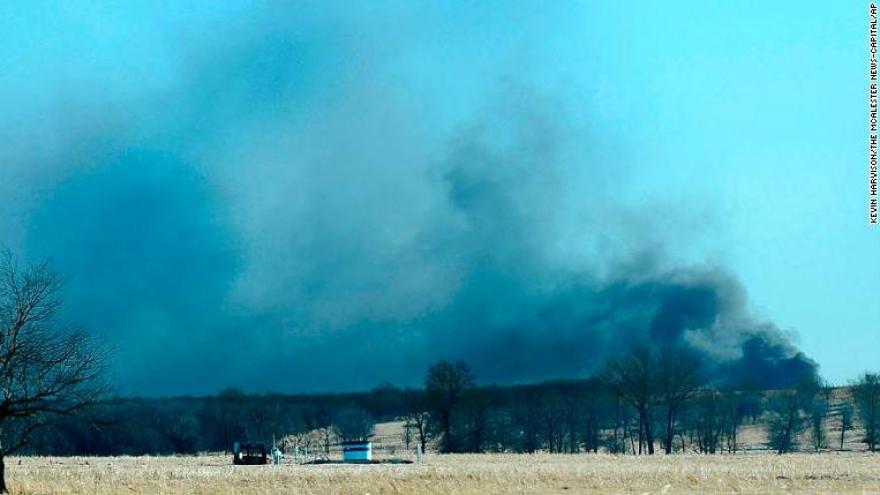 Seventeen employees were rescued but "five are still unaccounted for at the well," Morris said.

One person was treated on site for burns, but no one was taken to the hospital, said Pittsburg County Emergency Management Director Kevin Enloe.

"Everything that is on location is on fire," said Enloe. They pulled crews back after several explosions on location, he said. "The fire is containing itself right now."

"We are not trying to spread water on it, and spread hazmat, because there are going to be contaminants on location," said Enloe. "We are letting the fire run its course."

Emergency teams are working with the rig operators to get the well shut and contained, said Enloe.

The new well is owned by Red Mountain Energy and drilled by Patterson-UTI Energy, said Enloe. It is unclear if crews were drilling for oil or natural gas.

The cause of the fire has not yet been determined, Patterson-UTI said in a statement.

"We have received reports that some of our employees and others are unaccounted for at this time," the statement said. "Our top priority is the safety of our employees and any others who may be affected. We've activated our emergency response systems and are fully cooperating with first responders and authorities on the scene. We will provide more details as they are known."