Flint, Michigan, will destroy guns seized by police rather than auctioning them 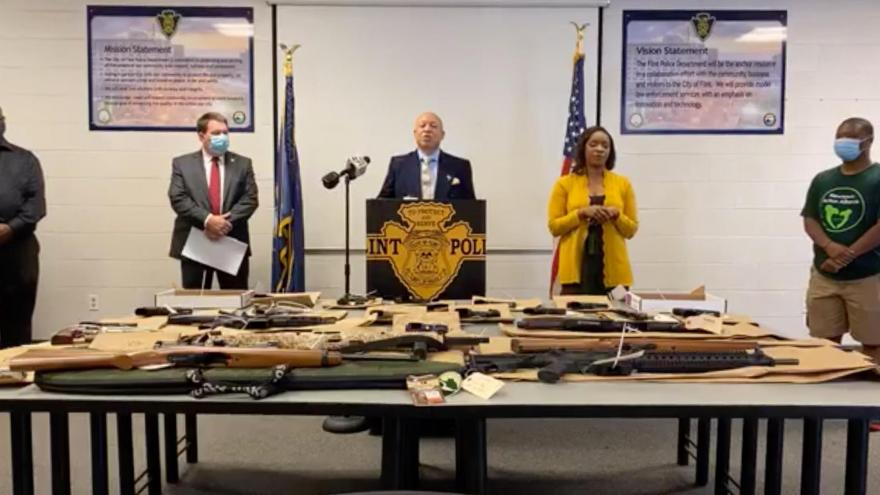 Sheldon Neeley, the mayor of Flint, Michigan, describes the new gun policy at a news conference.

(CNN) -- In an effort to keep illegal firearms off the street, the City of Flint, Michigan, has announced it will start destroying guns seized by police rather than selling them at auction.

"You have to ask yourself, 'How much is a life worth?' " Flint Mayor Sheldon Neeley said during a news conference last week. "From this day forward, we will destroy weapons we collect."

Neeley said the city will immediately hand over 250 guns to the Michigan State Police to be melted down.

The city started auctioning off seized firearms to the highest bidder in 2017, according to a news release. In 2019, the city auctioned off 1,273 guns, funneling upwards of $200,000 back into the police department.

"That revenue to me, is just not good revenue," Neeley said. "It shows a gross lack of critical thinking when we say we want to fight crime and take weapons off the street to be in the chain of circulating weapons back into activity where bad guys may have a second chance of doing something wrong."

In July, Flint Police Chief Phil Hart announced the city will be implementing a special investigative unit designed to bring illegal guns off the street.