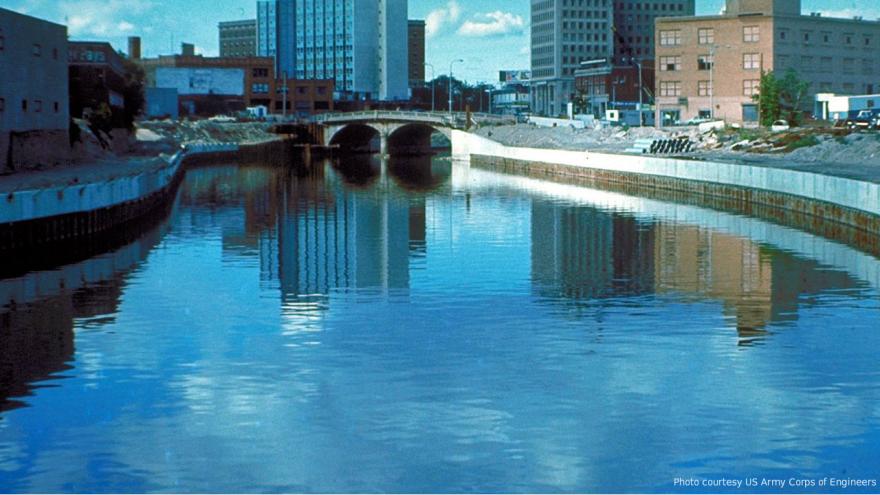 According to Netflix, the series is supposed to provide an inside glimpse of life on the streets of Flint as a police officer.

The series will also include cameo appearances by some of our own.

Thursday night ABC 12 News stopped by the Berston Field House that was abuzz with activity, to share the official trailer with parents to gauge their reaction.

"It's kinda like you see what we going through, then it's kind of like it's only showing a lot of the bad part," said Flint mom Dana Taylor.

Taylor, the mother of a seven year old daughter, is reserving judgment on "Flint Town" at this point:

"It seemed hard on the city," she said. "It's not showing all the good things that's going on, but I don't know, because I don't know what the whole thing is about."

Flint mom Letina Williams, whose 14-year old daughter dances at Berston six nights a week weighed in. We asked her if she thought the trailer portrayed a realistic view of Flint.

"There's a lot of different things going on that some people don't see, some things people ignore," Williams added.

Netflix is describing Season 1 as a first hand account by overworked and underpaid police officers on the "struggle of policing one of America's poorest and most violent cities."

We asked Flint father Wes Patterson if he thought the trailer was realistic:

"It is what it is, this is how it is, until we get things together, it's how it's going to be," he said.

But Flint Grandmother Valorie Horton, who oversees an after school program for kids at Berston Field Houlse worries about the repercussions of the series' portrayal of Flint.

"There’s a lot of us out here doing good things," said Horton.

"My concern is if we continue to show the negative, the people that are coming into the city to try and start new businesses and bring jobs to the people of Flint they will not want to come," she added.

Netflix will begin streaming Flint Town on March 2nd. To view the trailer just click on the link to the right.