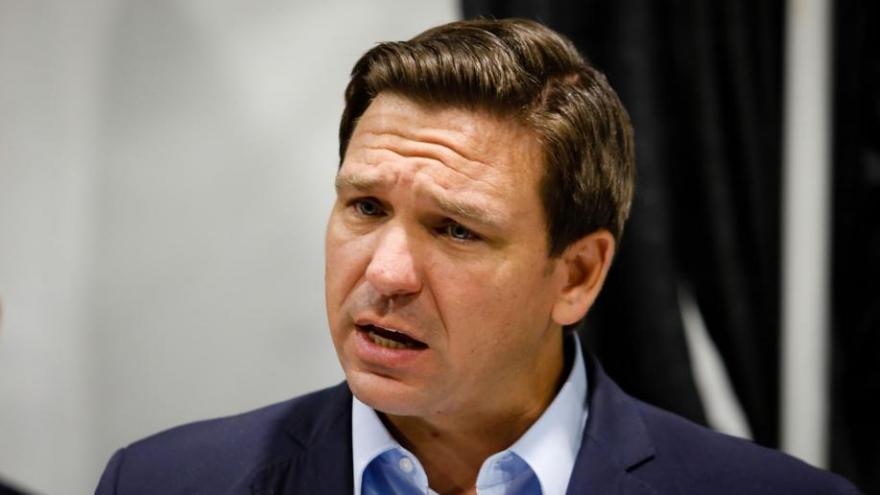 Florida Gov. Ron DeSantis has appealed a judge's ruling that stated the governor overreached and did not have the authority to ban school districts from implementing mask mandates without a parent opt-out.

(CNN) -- Florida Gov. Ron DeSantis has appealed a judge's ruling that stated the governor overreached and did not have the authority to ban school districts from implementing mask mandates without a parent opt-out.

The notice to appeal filed Thursday says that "the filing in this Notice triggers an automatic stay pending review," but attorneys for the plaintiffs in the case -- parents from Miami-Dade, Orange, Hillsborough, Palm Beach, Pinellas and Alachua counties -- have filed an emergency notice to vacate the stay.

Thirteen Florida school districts have now implemented a mask mandate, without a parent opt out, defying an earlier executive order by the governor.

The state's appeal comes about a week after Leon County 2nd Judicial Circuit Court Judge John Cooper ruled DeSantis "did not have the authority for a blanket mandatory ban against face mask policy, that does not provide a parental opt-out." The judge signed a written order against the governor's ban on Thursday.

The order prompted showdowns between the state and some local school districts, which insisted on requiring masks amid a surge of Covid-19.

In his ruling last week, Cooper cited the evidence presented in a four-day hearing, including the US Centers for Disease Control and Prevention's recommendation for universal masking of students and teachers.

A spokesperson for DeSantis said at the time that the state would appeal the decision, saying the ruling was "made with incoherent justifications, not based in science and facts -- frankly not even remotely focused on the merits of the case presented."

But those nine districts have doubled down, arguing they and their mask mandates are in compliance with the law. Some also pointed to Cooper's ruling.

Still, the Florida Department of Education earlier this week announced it was moving forward with its plan to withhold salaries from school board members in Alachua and Broward counties, which were the first to implement mask mandates without giving parents the opportunity to have their students opt out.