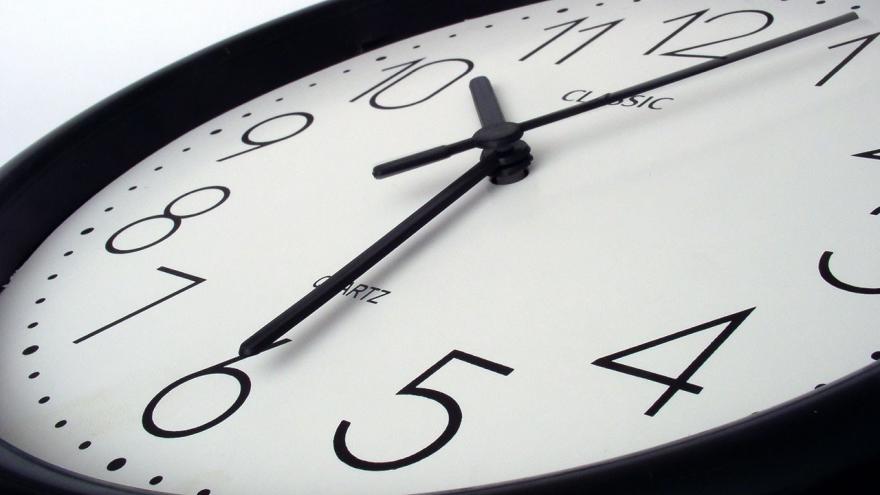 (CNN) -- Lawmakers in Florida are tired of the whole "fall back" and "spring forward" rigamarole. So they've approved a bill to keep Daylight Saving Time going throughout the year in their state.

It took the state Senate less than a minute Tuesday to pass the "Sunshine Protection Act." There were only two dissenters. (The House passed it 103-11 on February 14th)

The bill now goes to the desk of Gov. Rick Scott -- but it's far from a done deal after that,

Even if the governor approves, a change like this will literally take an act of Congress.

But if all is approved, Floridians -- who'll set their clocks ahead one hour this Sunday when Daylight Saving Time begins -- won't have to mess with it ever again.

Florida will then join Hawaii and most of Arizona, the two places that are exempt from the Uniform Time Act of 1966. The Act established the system of uniform Daylight Saving Time throughout the US.

A time whose time has passed?

For instance, one reason Congress used in enacting daylight saving time is that it saves energy.

A 2008 US Department of Energy study reported that daylight saving time reduces annual energy use by only about 0.03%. And a study that same year from the University of California-Santa Barbara found it might even increase energy consumption.

Another study found the clock changes can raise the risk of accidents by sleep-deprived motorists.