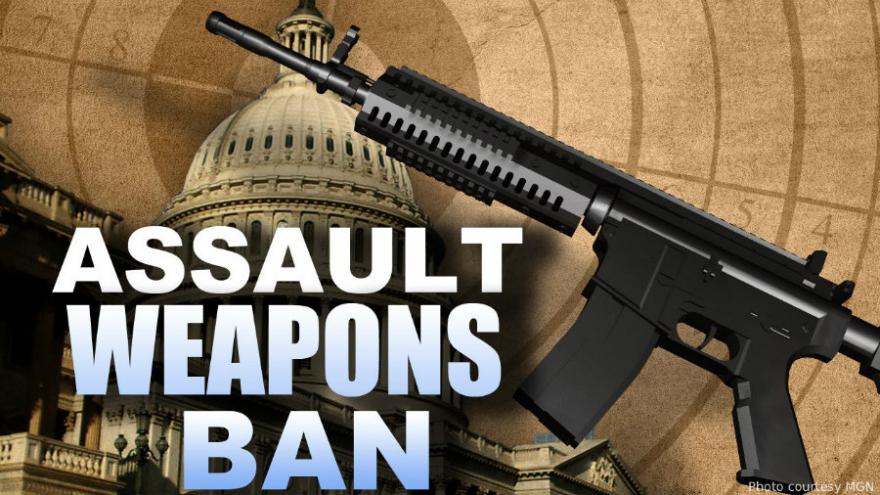 (CNN) -- The Florida state House on Tuesday rejected a ban on assault weapons and large capacity magazines as dozens of survivors of last week's school shooting headed to the state Capitol to turn their grief into political action.

Lawmakers voted down a motion to consider the ban during a session that opened with a prayer for the 17 people killed by a former student last Wednesday at Marjory Stoneman Douglas High School in Parkland. The vote in the Republican-dominated body was 36-71.

Stoneman Douglas students in the gallery of the Capitol during the vote appeared stunned, according to CNN affiliate Spectrum News 13/Bay News 9.

House Rep. Kionne McGhee of Miami invoked the shooting in asking that HB 219 -- which would ban AR-15 rifles and other assault weapons and large capacity magazines -- be moved from committee to the House floor for questions, debate and a vote.

"I ask that you keep this bill and the conversation about the solution to combat mass shootings alive," McGhee, Democratic ranking member on the Children, Families & Seniors Subcommittee, told the House before the vote.

With subcommittees set to consider the bill not scheduled to meet this session, the bill is effectively dead, McGhee said.

Under the rallying cry #NeverAgain, dozens of students and staff who survived the Florida school shooting departed on Tuesday for the state Capitol, where they hope to speak with lawmakers on Wednesday about school safety and gun control.

Some students had headed to the Capitol earlier and were there when the vote took place.

"I knew that it wasn't going to go through," Sheryl Acquaroli, a 16 year-old junior from Stoneman Douglas, told Capitol News Service of Tallahassee. But she lamented the vote disparity as "too much."

"The next death of someone with an assault rifle here in Florida is going to be on them," she said of the 71 votes against the motion. "It's going to be their fault. ... because they could have done something today."

Many of the students on the buses were eating at an Orlando rest stop when they learned of the legislative defeat.

Diego Pfeiffer, 18, a senior at Stoneman Douglas, acknowledged that the issue has multiple perspectives and likened the need to toughen gun control to the fight to end slavery and the suffrage movement.

"On great decisions in the past, there have been two sides and the good side always wins out in the end, and that's what I am hopeful for when I get to Tallahassee," he said.