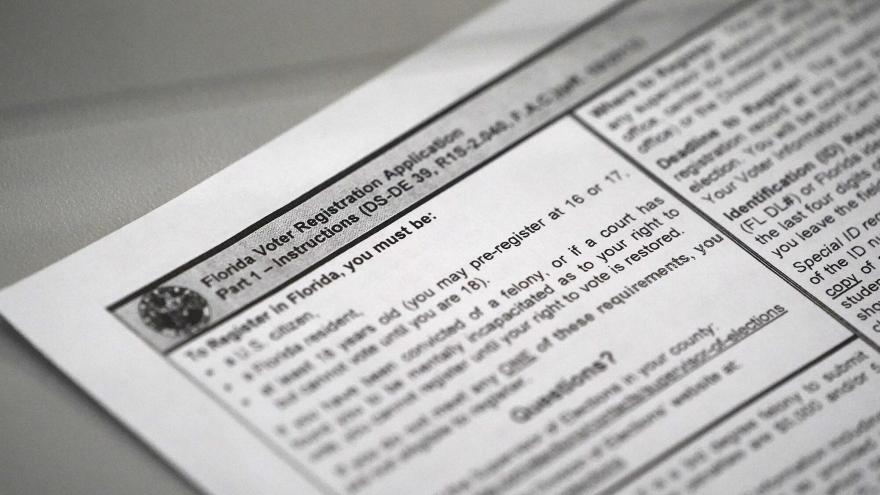 Florida elections and law enforcement officials detected a scheme that sought to register dozens of dead people to vote in Broward County, though the motive is not clear, according to the county elections office.

(CNN) -- Florida elections and law enforcement officials detected a scheme that sought to register dozens of dead people to vote in Broward County, though the motive is not clear, according to the county elections office.

The majority of the people named in the applications -- who were listed as Democrats -- were verified to be deceased and no votes were cast under their names, said Broward County elections spokesman Steven Vancore.

Vancore said that Florida allows people to register to vote by mail but he said the county receives state data about people who have died and marks those individuals in its files as ineligible to vote. Florida requires a valid government ID to actually show up and vote, so Vancore said this scheme "only got half the equation" necessary to vote.

"Somebody went to great pains to exploit the system and it was caught," said Vancore. "We don't know if this person did this for pure chicanery or they were trying to alter the outcome of the election ... but there appears to be no attempt that this person voted."

The South Florida Sun Sentinel was first to report the applications.

Timothy Donnelly, an assistant state attorney, wrote in an August letter to Broward's supervisor of elections, Peter Antonacci, that he had launched an investigation into the applications and that there were "several potential criminal violations."

Another employee of the state attorney's office wrote in an October 22 email to Antonacci that the applications appeared to be filled out by one person. "Due to the fact that they were mailed from out of state with no return address I'm unable to identify the person who submitted these applications," according to the correspondence shared with CNN.

Only five of the names in the applications were actively registered in the county at that time, according to that email.

Some of the applications were submitted under the names of people born more than a century ago -- one person's birth date was listed as 1917, according to the documents.

A spokeswoman for the Broward's State Attorney's Office said Friday that the office could not comment on an active criminal investigation.