Florida sheriff's lieutenant dies after being hospitalized for weeks with coronavirus 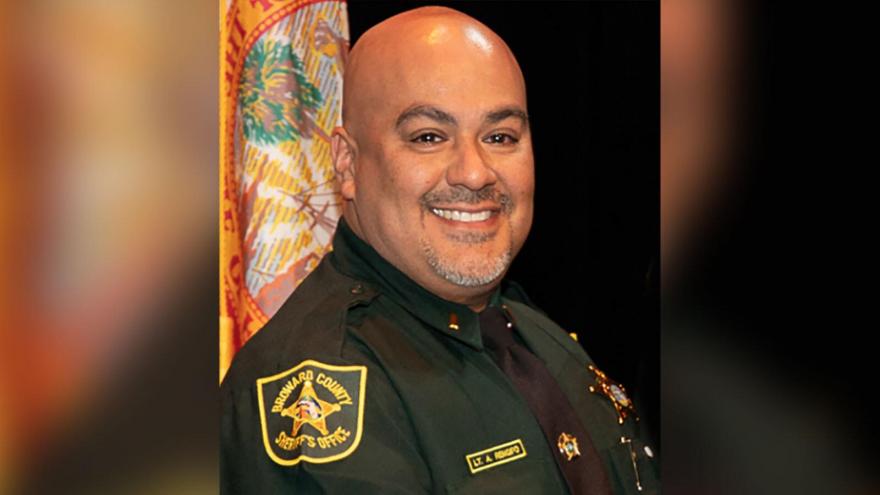 (CNN) -- A 20-year veteran of a sheriff's department in South Florida has died of Covid-19 after weeks in the hospital.

Lt. Aldemar "Al" Rengifo Jr., 47, of the Broward County Sheriff's office (BSO) died Sunday, according to a BSO press release. Rengifo had been hospitalized since July 27.

He is survived by his wife and son as well as a host of relatives and friends, the release said.

Broward has had among the highest case counts of Florida counties, and many of its hospitals reached capacity last month. Police in the county have responded to large gatherings and issued hundreds of citations in recent weeks.

Rengifo was a member of the BSO for more than 20 years and most recently was assigned to the Youth and Neighborhood Services Bureau, the statement said.

A "true professional," he was recognized as "Detective of the Year" in 2012, the statement said.

"Lt. Rengifo was known for his commitment to agency and community and for his superior communication skills," the statement said, adding that his supervisor wrote that he "can be counted on to maintain a calm and professional demeanor when dealing with complex and stressful situations."

Broward County borders Miami-Dade County, which has been called the country's new coronavirus epicenter by some experts. An additional 48 cases on Saturday brought Miami-Dade's death toll over 2,000, according to state health data.

The state reported 3,779 new cases on Saturday alone, according to the Florida Department of Health.