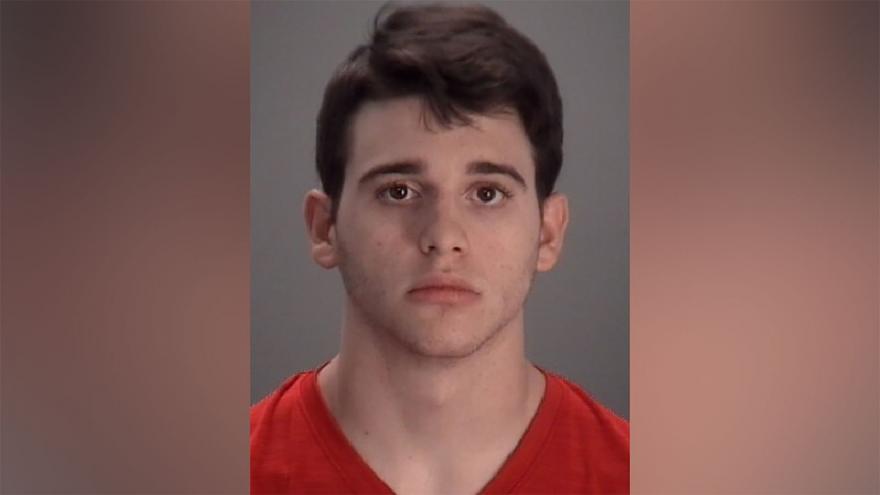 (CNN) -- "I need a guy who could kill someone," a Florida teenager allegedly wrote to a friend on Instagram, authorities say. "No joke. I need him eliminated as soon as possible."

But the 18-year-old student of Fivay High School in Pasco County is charged with attempting to solicit and conspiring to commit murder.

During a Friday press conference, Sheriff Chris Nocco said the messages showed Godfrey was trying to find someone to kill an employee of his high school.

Nocco said other messages sent by Godfrey from the Instagram account "fivayfanclub" included, "We have $100,000 for the victim's head."

The complaint says Godfrey confessed to sending the messages. That happened during a "non-custodial" interview with Pasco County investigators. He also "freely provided a written statement documenting his solicitation for murder," and produced the cell phone he used to send the messages.

Godfrey told investigators he was joking around, authorities said.

"After speaking with Mr. Godfrey, he (Godfrey) did not have any clear direction or plan as to follow through with this," Pasco County Sheriff's Detective David Dacey said.

"You look at his past, it wasn't like this was a bad student," Nocco said. "The record did not show somebody who had consistently bad, terrible issues.

A plea for parental involvement

"I am begging and pleading with parents to step up and step in, and help us keep order and keep civility in our schools, not just at Fivay, but across this district," Browning said at the press conference.

"It's a sad day when a student puts out a hit on someone at their own high school, and we once again urge parents to actively monitor what their kids are doing on social media," Pasco County Schools said in a statement to CNN. "We thank the students who reported the social media solicitation to kill one of our staff members and the Pasco Sheriff's Office... They are tremendous partners who care as much about our students' and staff's safety as we do."

Godfrey was booked into the Pasco County jail early Friday morning with a bond set at $10,000. He was released around 1:15 p.m. Friday. He does not have an attorney listed with the Pasco County Clerk.