Flu shot will not cause a pregnant woman to miscarry, study says 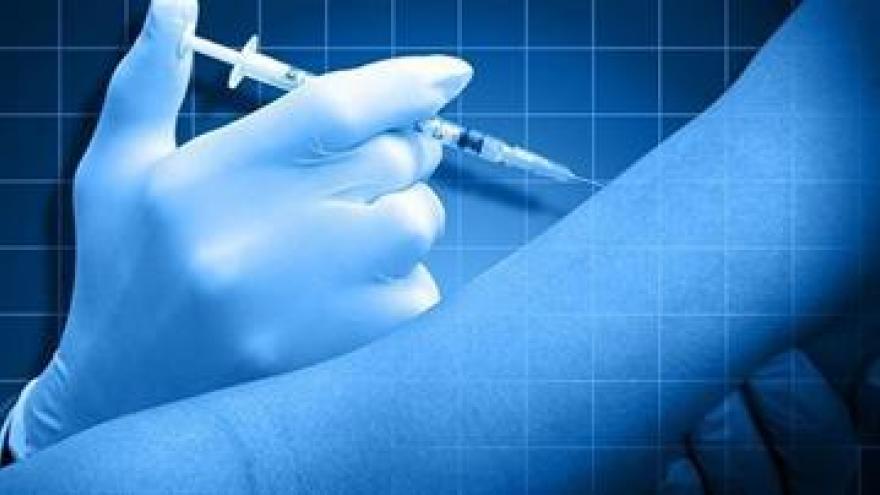 (CNN) -- Can the flu shot cause a pregnant woman to miscarry?

No, absolutely not. That's the verdict of a study presented Wednesday to the US Centers for Disease Control and Prevention's Advisory Committee on Immunization Practices.

The study comes as the nation's attention is focused on the fallout from groups denouncing many vaccine recommendations.

"This is a very definitive study for a recent, relevant time period of flu and should remove all doubts a woman might have about whether it is safe to be vaccinated during pregnancy," said co-investigator Dr. Edward Belongia, director of the Center for Clinical Epidemiology and Population Health at the Marshfield Clinic Research Institute in Wisconsin.

Not only is it safe to get a vaccine during pregnancy, it's necessary, added lead investigator James Donahue, a senior epidemiologist at Marshfield. CDC guidelines stress the importance of a flu vaccination during pregnancy.

"There's lots of evidence of the severity of flu for a pregnant woman, more chance of hospitalization, more risk of death, especially as she enters the second and third trimester," Donahue said. "There are also many studies that show the mother's vaccination will help protect the newborn baby from flu, which is critical since the baby cannot be vaccinated until 6 months of age."

Dr. Peter Szilagyi, one of the members of the advisory committee that heard the study presentation, said, "this is a really elegant, complex study. This gives us a lot of comfort."

Donahue and Belongia were tasked by the CDC with fully investigating the meaning of a smaller study they conducted during the 2010-11 or 2011-12 flu season. That study found an increased risk for spontaneous abortion, or miscarriage, in the 28 days after a pregnant woman is vaccinated, but only in a very specific scenario.

The association was uniquely found for a small number of women who received the H1N1 (H1N1pdm09) shot two years in a row. There was no association between miscarriage and vaccination among women who had not been vaccinated in the previous year.

"Those results were unexpected, and we weren't convinced they represented a causal association," Donahue said. "So we designed another study that was much larger to investigate the unusual finding."

The finding was unusual because years of prior research had found no such link between flu shots and miscarriage. Critics were also wary of the of the study's outcome, especially since it had some major limitations: small numbers of participants, no knowledge of existing conditions among the women that might have made them more likely to miscarry, inaccurate identification of possible miscarriages and more.

Yet anti-vax groups began to include the study in their comments as another piece of evidence showing the dangers of vaccines.

No connection between miscarriage and flu shot

"We looked at more current seasons. We matched on previous season's vaccination status and matched tighter on age groups, with three age groups instead of two," Donahue said. In addition, he said, the new study population was three times larger than that of the previous study.

The new study matched 1,236 pairs of women, including 627 pairs who had been vaccinated in the previous season and 609 pairs who were not. The greater numbers allowed the study to detect an association with odds ratio of 1.6 or greater, Donahue said.

"It didn't seem to matter which season of flu or whether they were vaccinated in the prior season or not. The odds ratios of having a miscarriage were pretty less than or close to one," Donahue said.

Belongia added, "in other words, the minor variations could be explained by chance. There was nothing that might show an association caused by the influenza vaccine.