For Detroit dad deported after 30 years in US, 'everything has changed' 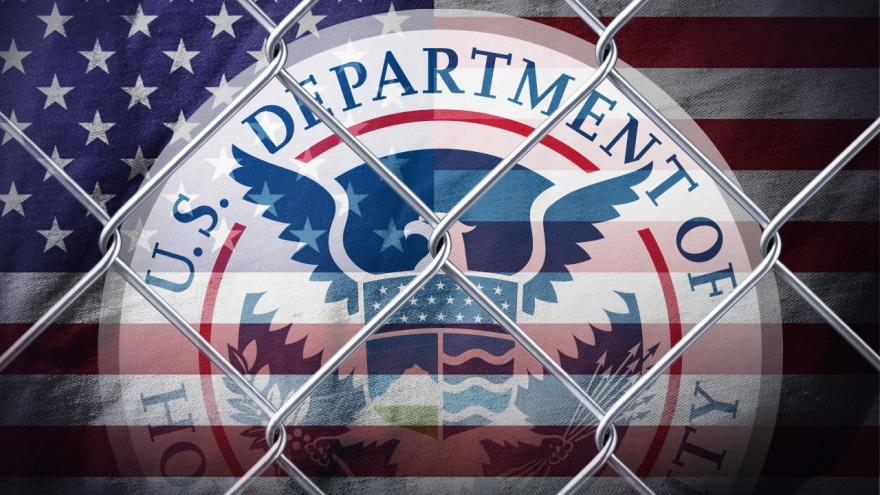 (CNN) -- As Jorge Garcia drove this week through the busy streets of Mexico City and up the winding road to his family home, he did not recognize the place he was born 39 years ago.

When Garcia was 10, his aunt brought him -- without documentation -- to the United States, where he grew up, married an American and raised kids -- a daughter, now 15, and a son, 12 -- in the Midwest, he said.

Then, on Monday, he got deported.

Garcia's wife, Cindy, and their children -- all US citizens -- remain in Michigan, while Garcia lives in limbo in Mexico. He plans to petition to be let back in the United States, he said. For now, he'll stay with his aunt, whom he had not seen in nearly three decades.

Garcia knew this day could come. After an immigration judge first ordered him to leave the country in 2006, Garcia won at least four reprieves -- and was never detained, US Immigration the Customs Enforcement spokesman Khaalid Walls told CNN via email.

"I kind of had it in the back of my mind that something like this was going to happen, but I didn't think it would happen this soon," said Garcia, who's too old to seek protection under the Deferred Action for Childhood Arrivals program, known as DACA. "I thought I still had a little bit of time."

Garcia "was removed pursuant to the judge's removal order" on Monday, Walls wrote, without explaining why this time was different.

"As ICE Deputy Director Thomas Homan has made clear, ICE does not exempt classes or categories of removable aliens from potential enforcement," Walls added. "All of those in violation of the immigration laws may be subject to immigration arrest, detention and, if found removable by final order, removal from the United States."

The assertion falls in line with President Donald Trump's vow to vastly step up deportations of people in United States without authorization.

Now, in Mexico, Garcia looked around at his new home.

"It (is) something different from what I remember as a kid to now," he told CNN. "And everything has changed, and basically from Detroit to here is ... a total change."

'She was just crying'

Garcia may be able to return to his family in two years, he said, citing his attorney, though the slip of paper handed to him by ICE stipulates a 10-year ban.

Just one day into his family's separation, he called the situation "heartbreaking."

"Michigan is home," he said. "My family is there, my whole life is over there, even though I was born here."

Garcia's children won't talk about what's happening, he said. His daughter "just started crying and got really upset. Basically, that's all she was doing. She didn't even say anything. She was just crying."

His son didn't want to talk either.

"It's sad. It's devastating, it's a nightmare," Garcia's wife, Cindy, told CNN's Chris Cuomo from Detroit on Wednesday morning during a joint interview with her husband, some 2,000 miles away. "The kids cry. It's rough. We're just trying to live day by day, to try to be strong, to try to do everything we can to bring their dad back."

"Emotionally, it's knowing that I had to say good-bye, that the officers took him, and reality set in because we knew that maybe one day this was going to happen, but it has happened, and it's horrible," she said.

'This is going to be hard'

To keep his mind off his legal effort to return to the United States, Jorge Garcia plans to look for a job. He has experience in landscaping but will take whatever he can get, he said.

On the bright side, Garcia gets to spent time with his aunt and reconnect with his cousins, he said. And his relatives have opened their home to him as long as he needs it.

But what he really wants is to go home to Michigan, support his family, and play board games and watch movies with his children, he said.

"I didn't go into the country by my choice. I was a kid," Garcia told Cuomo. "So, I mean, I know there's laws, but I don't know. I think they should have some consideration for individual cases just like mine."

"These laws need to be changed," she told Cuomo. "They need a pathway to citizenship. I also believe that they need to look at each individual case separately, not as a group, because like in my husband's case, he is not a criminal and yet we are suffering, and I am a US citizen."

"I understand that we need to protect our borders from terrorists," she added, "but my husband is not a terrorist. He is not a criminal, and every situation is different."

Adjusting to his new life, Jorge Garcia tried, via the live CNN video feed, to reassure his children: "We are going through hard times," he said, "but everything is going to be OK, and I'll be home soon."

Earlier, though, he'd acknowledged, that reality might be tougher.

"I just hope this goes fast," he told CNN. "This is going to be hard."