For first time in 2 weeks, West Virginians go back to school 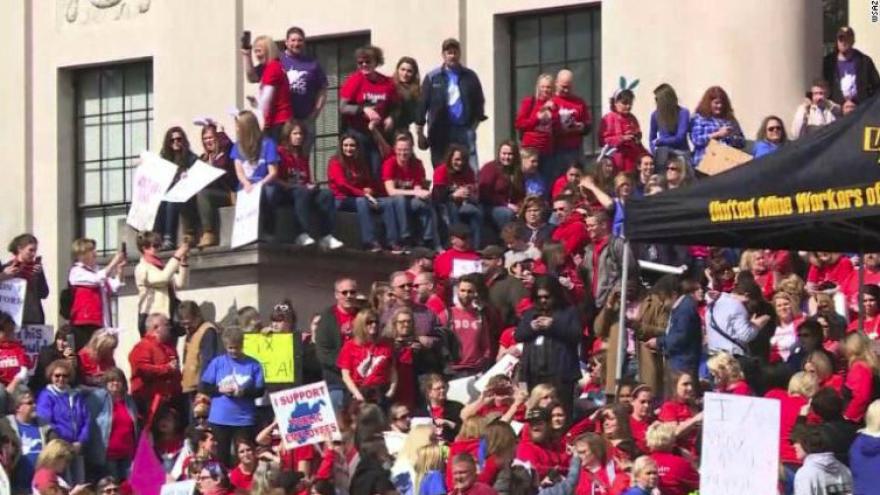 (CNN) -- Students, parents and teachers in West Virginia headed back to school Wednesday for the first time in nearly two weeks after educators ended their strike.

"I think it will really be fun to see my friends again," Wayne County third-grader Kayden Maynard told CNN affiliates WCHS/WVAH. "I like to play with my friends and learn."

School had been closed since February 22 when West Virginia teachers walked off the job to demand better pay and a fix to the state's embattled health care system known as the Public Employee Insurance Agency, or PEIA. West Virginia ranks 48th in the nation in terms of how much it pays its teachers, according to the National Education Association.

After nine consecutive days without school, state legislators approved a 5% pay increase to all state employees, including teachers and school staff, on Tuesday afternoon. In addition, Gov. Jim Justice agreed to set up a task force to address issues with PEIA.

The pay raise highlighted the power of organized labor, and may have inspired other similar movements; teachers in Oklahoma are considering a walkout of their own next month.

Besides its significance to the labor movement, the pay raise means that school can resume after a long layoff.

"I'm excited to get them back into school and get their routine going back," Wayne County parent Ashley Tackett told WCHS/WVAH.

"He's definitely ready to get back to school. He misses his friends," Cabell County parent Shana Frazier told the TV station about her son. "I'm happy for the teachers getting what they asked for."

The return of school also meant a monetary relief for parents such as Wayne County's Kimberly Maynard, who said she was spending $25 a day on child care.

"As far as money is concerned, we're glad to go back to the school, but at the same time completely understand that it needed to be done," she told WCHS/WVAH.