For the first time in NFL history, a woman will officiate at the Super Bowl 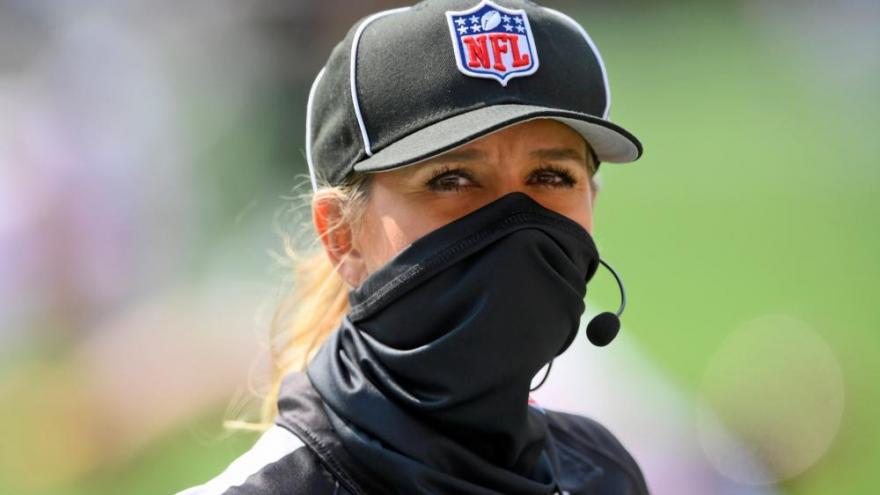 Down judge Sarah Thomas before an NFL football game between the Cleveland Browns and the Washington Football Team. She will be the first woman to ref a Super Bowl.

(CNN) -- Sarah Thomas already made history when she was named the first permanent female NFL official in 2015 and became the first female to officiate an NFL playoff game in 2019. Now, she's about to take her accomplishments up a notch.

Thomas has been selected to be part of the officiating crew for Super Bowl LV in Tampa, Florida, on February 7, according to the NFL, thus becoming the first woman in history to do so. She will be the down judge in the crew of eight officials, the league announced Tuesday.

"Her elite performance and commitment to excellence has earned her the right to officiate the Super Bowl. Congratulations to Sarah on this well-deserved honor."

Thomas will call the game alongside some of the top officials in pro football: Carl Cheffers, Fred Bryan, Rusty Baynes, James Coleman, Eugene Hall, Dino Paganelli and Mike Wimmer. Collectively the group has 88 years of NFL officiating experience and 77 combined playoff game assignments, including some past Super Bowls, according to the NFL.

"Their body of work over the course of a 17-game season has earned them the honor of officiating the biggest game on the world's biggest stage," Vincent said of the selected officials. "They are the best of the best."