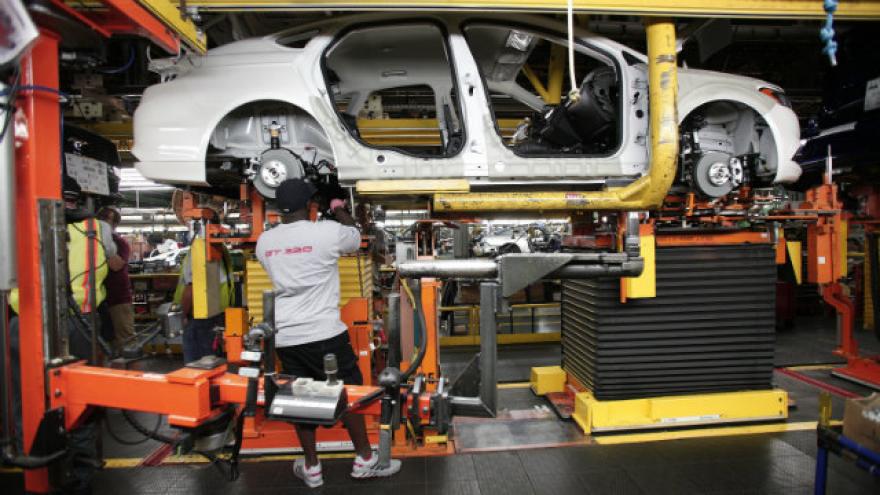 The company announced a $900 million investment there Wednesday, and plans to add 900 jobs in the state.

Ford will invest about $850 million at its facility in Flat Rock, Michigan, to produce electric cars. Another $50 million is earmarked for self-driving technology.

The Flat Rock plant makes Mustangs and Lincoln Continentals. It was scheduled to lose its second shift next month and transfer affected workers to other nearby plants.

But the announcement Wednesday means the plant will regain a second shift by 2023 to build a new, pure electric vehicle. It will continue production of the Mustang and Continental, too.

Ford does not currently have any pure electric vehicle. It discontinued an electric version of the Focus when it stopped making the gasoline-powered version of that sedan last year.

It is already working on another pure electric vehicle. The still-unnamed SUV will be assembled at a plant in Cuautitlán, Mexico, starting next year.

Ford also announced plans Wednesday to add an undisclosed amount of jobs and investment to a plant in Hermosillo, Mexico, to build the next generation Transit Connect van starting in 2021.

It will add a second shift to that Mexican plant. Production will be consistent with the USMCA trade agreement, the deal worked out by the Trump administration that is supposed to replace NAFTA. The USMCA still requires congressional approval.

This is not the first time Ford has announced plans to invest in Flat Rock's ability to produce next generation vehicles.

In January of 2017 it said it would invest $700 million in the plant to build electric and self-driving cars, a move it said would add 700 jobs.

Mark Fields, who was then CEO of Ford, said the move was a "vote of confidence" in then President-elect Donald Trump's incoming administration. And Trump praised Ford for the move.

But by the end of 2017, Ford changed those plans and decided to build its next pure electric vehicle in Mexico.