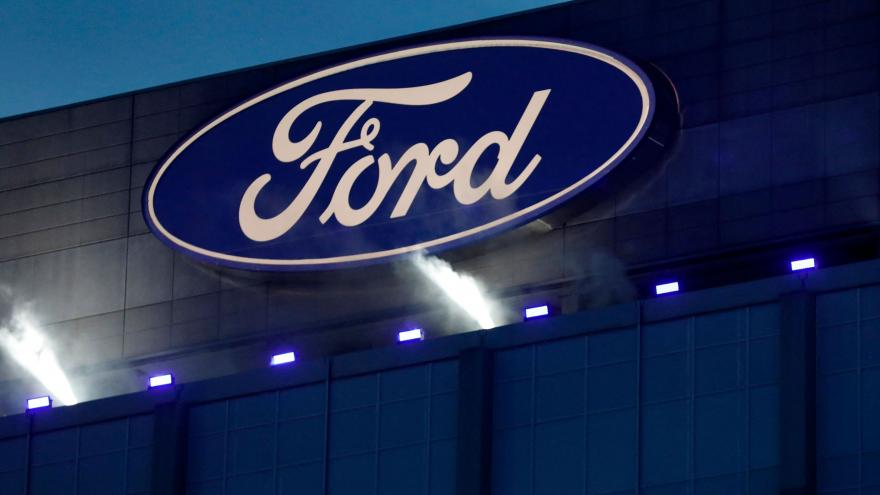 Ford said Friday that it has recalled nearly 775,000 of its popular Explorer sports utility vehicles around the world following reports of six injuries related to steering issues in North America. Ford Motor Company\' logo is seen on the side of the building at the unveiling of their new electric F-150 Lightning outside of their headquarters in Dearborn, Michigan on May 19, 2021. - Jeff Kowalsky/AFP/Getty Images

(CNN) -- Ford said Friday that it has recalled nearly 775,000 of its popular Explorer sports utility vehicles around the world following reports of six injuries related to steering issues in North America.

The auto company said the recalls were for the 2013-2017 models of the Explorer. Ford said in a press release that "affected vehicles may experience a clunk noise, unusual handling, or a misaligned rear wheel."

Ford noted that these particular Explorer models may have problems with a fractured rear suspension toe link that "significantly diminishes steering control, increasing the risk of a crash."

The company said that of the 774,696 recalled vehicles, 676,152 were in North America and 59,935 were in China. The remaining recalls took place in Europe, South America and other international markets.

Notifications to owners will begin the week of Aug. 23 and dealers will inspect and replace parts as necessary.

Ford indicated that wintry weather could be a particular concern for the impacted Explorers, saying in the release that the affected vehicles in the US are located in "high-corrosion states" or regions where there is a combination of cold weather, high humidity and significant road salt use.

Ford said the recalled Explorers were built between 2012 and 2017 at plants in Chicago and Russia.

Ford recalled 34,939 of its 2020-2021 F-350 Super Duty trucks with a 6.7-liter engine and single rear wheel axle due to a weld issue. It also recalled 40,995 of its 2020-2021 Lincoln Aviator vehicles with 3.0-liter gas engines because they may have improperly secured battery cable wire harnesses which could result in a short circuit and potential fire.

Ford added that no injuries have been reported as a result of either issue.