Ford to make all-electric version of its F-150 truck 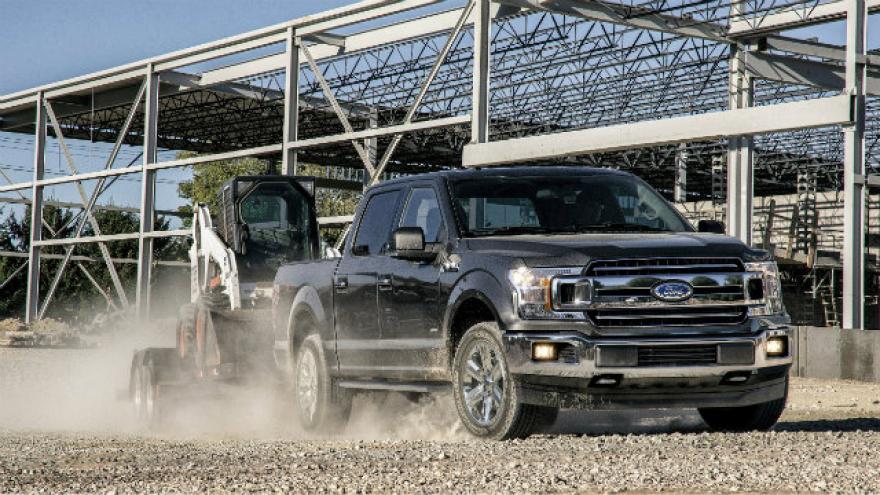 An electric pickup would be ideal for customers with the right needs, said Jim Farley, President of Global Markets at Ford. A gasoline-powered truck is shown here. Photo courtesy Ford

(CNN) -- America's most popular vehicle is going electric. Ford will make an all-electric plugin version of the F-150 pickup truck.

The company isn't giving any details on the truck yet, including when it will go on sale.

Tesla plans to make an electric pickup truck and some start-up companies, like Michigan-based Rivian Automotive, have announced plans to make them as well.

Ford's F-series trucks, which include the F-150, have been the bestselling vehicle in America for four straight decades. The trucks account for about a third of Ford's sales and an even greater share of the company's profits. Besides basic work versions, the trucks are also available with options and features that make them rival luxury cars in both opulence and price.

Ford had previously announced it would make a hybrid version of the F-150. The all-electric truck would be in addition to that.

"There's so much diversity in there that there are some subsets of customers who would love an all-electric version of those vehicles because of the cost of ownership and the duty cycles" Farley said during an interview with CNN at the New York Auto Show in March. Ford would not confirm at that time, however, that an electric F-series truck was actually planned.

The trucks would work well for customers who don't need to travel long distances in a single day, but could still tow and haul without using any gasoline or diesel fuel.

Ford's long experience in the business and its brand recognition among truck buyers would give it a major advantage over competitors like Tesla, Farley said last spring.