Ford wants in on the drone business 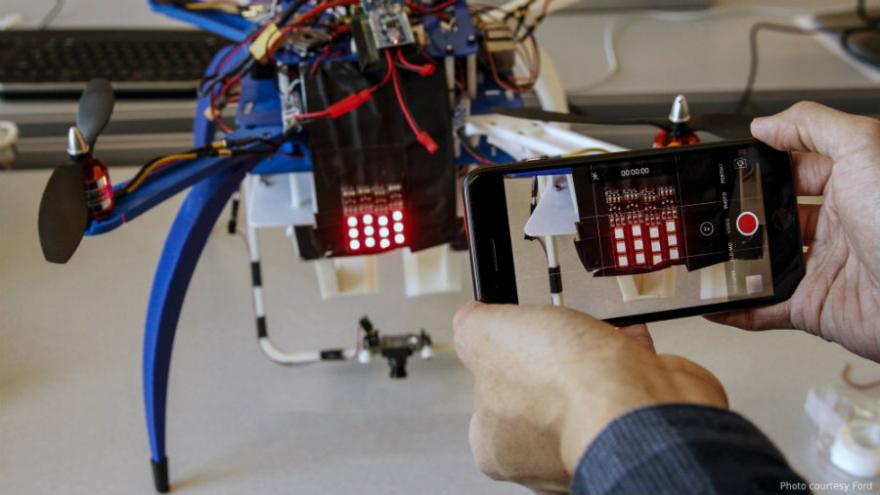 (CNN Money) -- Ford has sold cars for more than century. But it's embracing drones to broaden its mission for the future.

In a blog post published late Wednesday, the company revealed it has a team in Silicon Valley researching how drones could fit into its business.

The move is part of a greater effort to transition into a mobility company -- one that draws upon all elements of transportation, from cars and buses to bikes and now drones.

"As drone adoption accelerates, we think many of our customers will want to use these devices as part of their lifestyle, whether to pursue hobbies or even as a tool for their business," wrote Adi Singh, Ford's principal drone scientist.

He expects drones to one day deliver packages and perhaps even people.

However, specific plans for how Ford will incorporate drones into its business and vehicles hasn't yet been determined.

Although it may seem like an unlikely move for the company, Ford has shown an interest in drones since 2016. In fact, it is also the only automaker to sit on the FAA's aviation rulemaking committee.

But that's not to say Ford is the only car company to express the same interest. In 2016, Mercedes-Benz pledged to invest $560 million in delivery robots and drones. It previously demoed a prototype van that launched drones from its roof to make deliveries.

Before automated drones deliver goods to our homes, governments will need to be convinced they're safe and trustworthy. One hot topic is making sure law enforcement can remotely identify suspicious drones. Ford revealed in its recent blog post it has developed its own system for identifying drones, and offered it to the FAA.

"It's not enough for my team to just create the next big solution and create fancy drones and put them in vehicles," Singh told CNN. "We need to work toward a system where that kind of integration is scalable."