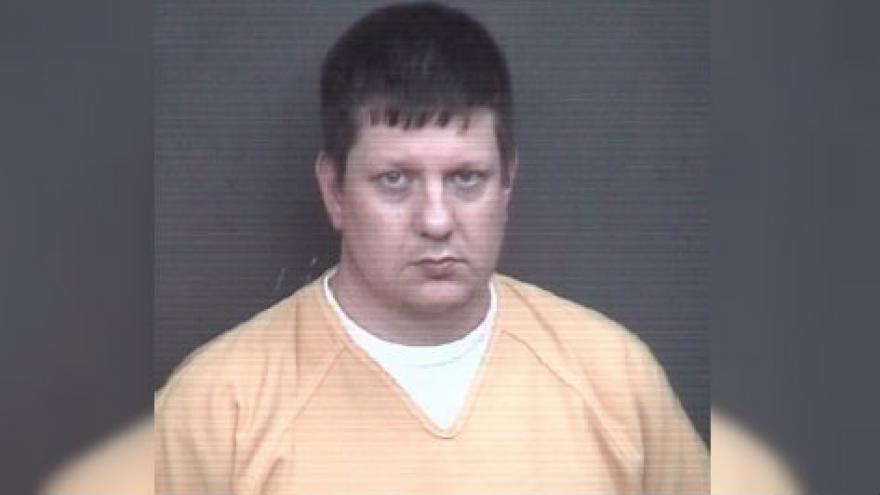 The veteran police officer was convicted in October of second-degree murder and 16 counts of aggravated battery with a firearm for the shooting in October 2014. The shooting and video of it prompted protests throughout Chicago and calls for Van Dyke to 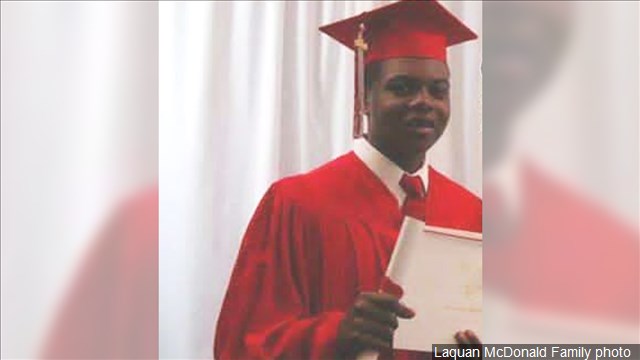 Special Prosecutor Joe McMahon, who had recommended that Van Dyke be sentenced to a minimum of 18 years for the aggravated battery charges, said justice was served.

"This is a significant sentence," McMahon said. "I and this team are satisfied we achieved our goal of justice and holding Jason Van Dyke accountable for his actions."

One of Van Dyke's defense lawyers, Daniel Herbert, told reporters the former officer was happy with the verdict.

"He truly felt great," Herbert said after talking with his client for a few minutes. "(But) he's certainly not happy about going to jail. He's not happy about missing his family, but he's happy about the prospect of life ahead of him."

Herbert said a decision has not been made on whether to appeal.

Given a chance to speak before the judge's ruling, Van Dyke reiterated that he had feared for his life.

"No one wants to take someone's life, even in defense of their own," he said.

He said he prayed daily for McDonald's soul.

Van Dyke's sentencing came a day after a Cook County judge found three other Chicago police officers not guilty of falsifying police reports to protect Van Dyke, in a case that had come to be seen as a referendum on Chicago police officers' so-called "code of silence," and their alleged willingness to protect each other from criminal investigations.

The prosecution called several black men as witnesses who testified they had run-ins with Van Dyke and that he had allegedly mistreated them.

The first, Vidale Joy, said that Van Dyke pulled him over as he was leaving a gas station in August 2005. Van Dyke had his gun drawn and "put the gun to my temple," Joy alleged. He also alleged that Van Dyke called him the n-word.

Edward Nance said in his tearful testimony that he sustained shoulder injuries from his interactions with Van Dyke and had to have surgery on both rotator cuffs. Nane also testified he now has anxiety, PTSD and ADD as a result of his run-in with Van Dyke in July 2007.

The prosecution did not bring an expert witness to testify that Nance's injuries were caused by Van Dyke's actions.

In the letter, Hunter said that Van Dyke became "judge, jury and executioner" on the night McDonald was killed. He recounted how McDonald was about to move in with his mother and sister after his mother had battled drug addiction.

"However, Jason Van Dyke, with his cold, callous disregard for the life of a young black man, without me provoking him, robbed us of this. The story of my life is that in the short time of my life, I have worked hard to correct the mistakes I had made. But in a matter of six seconds, he then took 16 shots and ended the possibility of this happening forever."

"What happened to me can never be changed," Hunter said in his great nephew's voice. "But other young black men and women would not have to face Mr. Jason Van Dyke and his evil and selfish ways."

"Why should this person, who has ended my life forever because he chose to become judge, jury and executioner, and has never asked for forgiveness, be free, when I am dead forever?"

Van Dyke's wife: 'My life has been a nightmare'

Van Dyke's attorneys submitted dozens of letters from police officers, longtime friends of Van Dyke and his family asking the judge for leniency.

His 17-year-old daughter Kaylee read from the letter she had submitted in court Friday, detailing the emotional impact of the prosecution of her father.

She was bullied at school, she said, and had lost friends over her father's role in the shooting.

"Over the years I have learned how to handle my emotions and deal with him going to court, but now that he is gone I feel as (if) I am left with nothing," Kaylee's letter said.

Perhaps the most emotional testimony came from Van Dyke's wife, Tiffany, who described the toll the case had taken on her family, emotionally and financially.

Tiffany Van Dyke said she pays between $400 and $500 every week so that she and her daughters can speak to Van Dyke for just a few minutes a day. She has lost work opportunities, she said, because of who her husband is.

On the night of the shooting, her husband was simply doing his job, Tiffany Van Dyke said. "There was no malice, no hatred on that night," she said through tears.

Tiffany Van Dyke also said she prays every day for the McDonald family, and that she wants both sides and the city of Chicago to have peace.

She pleaded for leniency, pointing out that as a convicted felon, "his life is over."

"He has paid the ultimate price."

The shooting was captured on a grainy police dashcam video.

Several police officers were responding to a call about a man breaking into trucks in a parking lot on Chicago's South Side.

In the video, McDonald is initially seen running, then walking in the middle of the street toward several police cars wi 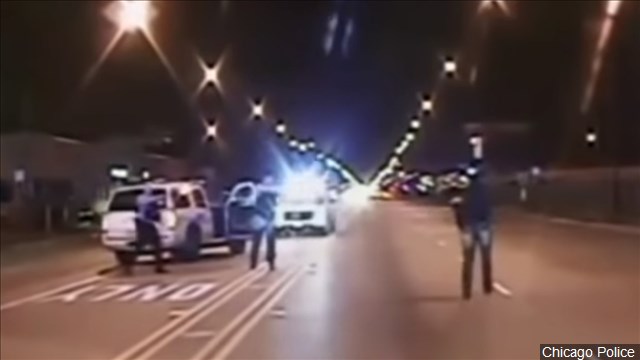 Police footage of the Laquan McDonald shooting in Chicago. Chicago Police
th flashing lights. McDonald later veers away from two police officers, who have their guns drawn, and within seconds he appears to spin around and fall. He was holding a knife as he walked away from multiple police officers who were following him.

There were 16 shots fired over 15 seconds, all by Van Dyke. Van Dyke argued he fired in self-defense after McDonald lunged at him with a knife.

But the dashcam video -- which a judge ordered the city to release 13 months after the shooting -- showed McDonald walking away from police, rather than charging at them.

Crowds of outraged protesters chanted and marched on the streets of Chicago after the 2014 killing, leading to reforms and a national conversation about police use of deadly force.

Video of the shooting led to protests, a Justice Department civil rights investigation, criticism of the mayor and, eventually, the ouster of the police superintendent.