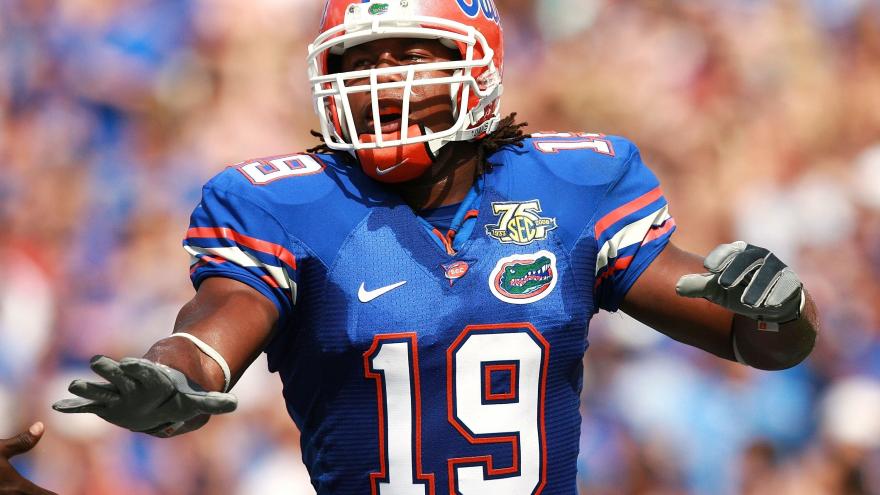 (CNN) -- A former captain for the University of Florida football team was arrested and charged with murder on Saturday, making him the second player from that team to be accused of murder.

Tony Joiner, whose full name is Earl Antonio Joiner, was arrested and charged with second-degree murder on Saturday in Lake Wales, Florida, for the 2016 killing of Heyzel Obando, according to Fort Myers, Florida Police.

It was not clear Sunday if Joiner has a lawyer. CNN has reached out to the prosecutor's office and is waiting to hear back.

Police said that officers worked with the Oxygen Television series "Cold Justice" and the Office of the State Attorney to make the arrest. Obando's body was discovered in an apartment on February 14, 2016, police said.

Joiner, 33, played as a safety for Florida from 2004 to 2007 and was a key part of the 2006 national championship team. In his final season he tallied 64 tackles and was a captain of a team that included Heisman Trophy winner Tim Tebow and a freshman tight end named Aaron Hernandez.

Hernandez, who played for the Gators from 2007 to 2009 and went on to star for the NFL's New England Patriots, was convicted of the murder of Odin Lloyd in 2015. He hanged himself in prison in 2017 just days after he was found not guilty of double murder in a separate case.

"Cold Justice" began working with investigators on Obando's case on May 31 and wrapped up production of the episode on Friday, according to CNN affiliate WFTX.

"When you read it, it's just one of those cases where you think, 'with just a little bit more effort and concentration and push, it can be cleared.'"

Joiner played his final three seasons at Florida under coach Urban Meyer. Coach Meyer won two national titles at Florida and one at Ohio State even as his players racked up a lengthy list of legal issues. During his six years at the University of Florida, there were 31 arrests of football players, The New York Times wrote in 2013.

Last year, Meyer was suspended for three games without pay in the wake of an investigation into what he did when he learned about spousal abuse allegations against an assistant coach. He resigned after this past season because of health problems.